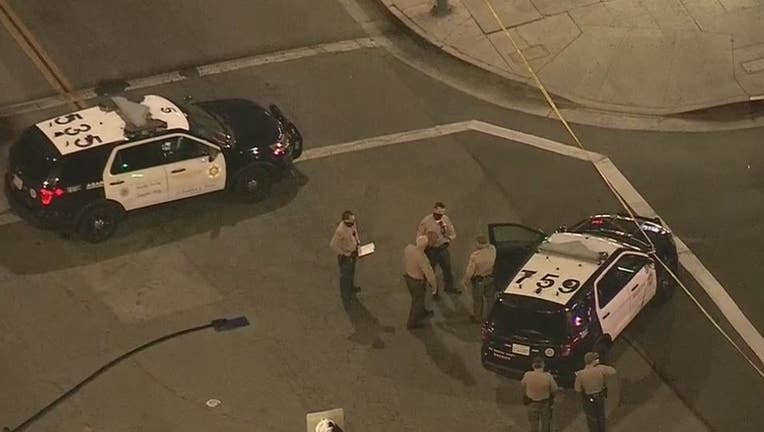 ALTADENA, Calif. - A stabbing suspect was fatally shot in Altadena on Sunday by a sheriff's deputy.

Deputies were flagged down by a woman suffering from stab wounds, Koerner said. She was transported to a hospital for treatment.

When deputies tried to contact the man who allegedly stabbed her, he "still had a knife, and a deputy-involved-shooting took place," Koerner said.

The man apparently died at the scene. His name was withheld pending notification of next of kin.

The nature of the relationship between the man and woman was not yet known, Koerner said.