UPDATE: Mayor Eric Garcetti says he is asking Gov. Gavin Newsom to send at least 700 members of the National Guard to Los Angeles in response to the protests.

A Los Angeles citywide curfew effective at 8 p.m. Metro officials say all Metro rail service into downtown has been suspended, and bus lines in the downtown, Fairfax and East Los Angeles areas are all experiencing delays and rolling detours, officials said.

Thousands of people gathered near Pan Pacific Park at 7600 Beverly Blvd. around noon for a demonstration. SkyFOX caught protesters jumping onto Metro buses and blocking streets near Fairfax.

Police have fired rubber bullets and are trying to control demonstrators in the Fairfax District. Several LAPD vehicles have also been vandalized, including a patrol car that was engulfed in flames.

During a press conference Saturday evening, Mayor Eric Garcetti issued a curfew for downtown LA in order to help clean the area after Friday’s violent protest.

The curfew goes into effect Saturday from 8 p.m. until 5:30 a.m. Sunday only for the downtown area between the 110 freeway on the west, Alameda on the east, and 10 freeway on the south, and 101 freeway. The curfew is for one night only.

In an overabundance of caution, the cities of West Hollywood and Beverly Hills have also issued a curfew. The curfew for both cities will go into effect starting at 8 p.m. Saturday.

The Beverly Hills Police Department also announced that Rodeo Drive has been closed to vehicular and pedestrian traffic.

The police department says after repeated acts of violence and damage, they declared an unlawful assembly throughout downtown LA… notifying residents to stay indoors and for businesses to shut down early.

The demonstrations are being held to protest the police killing of George Floyd in Minneapolis.

“I am asking for all of Los Angeles to come together and find the ability to peacefully express individual and collective grievances while also maintaining the safety of all of Angelenos,” police Chief Moore said. 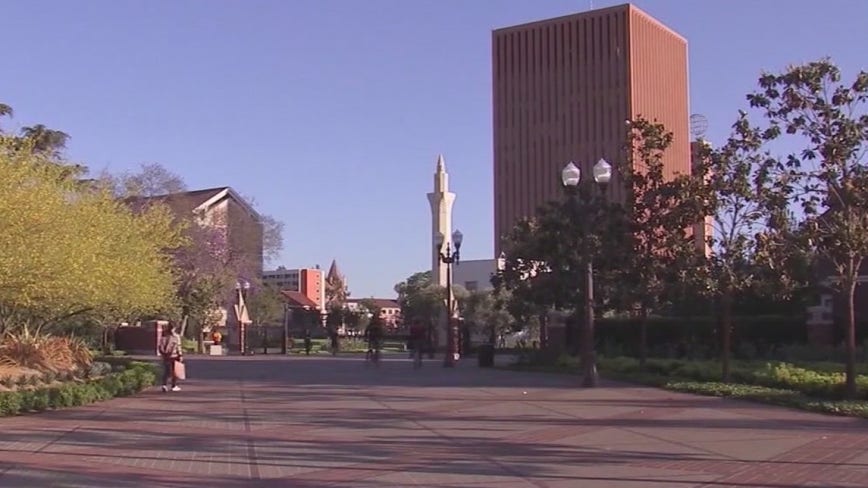