A police officer was hit by a car in South Los Angeles Friday night.

LOS ANGELES - A Los Angeles police officer who was hit by a car in South Los Angeles has died at the hospital.

Wednesday's development comes a little less than a week after the officer, later identified as Jose Anzora, was involved in a crash in the 200 block of East King Boulevard. Anzora, whow was on foot when he got hit by the car and another person were both taken to the hospital Friday night. 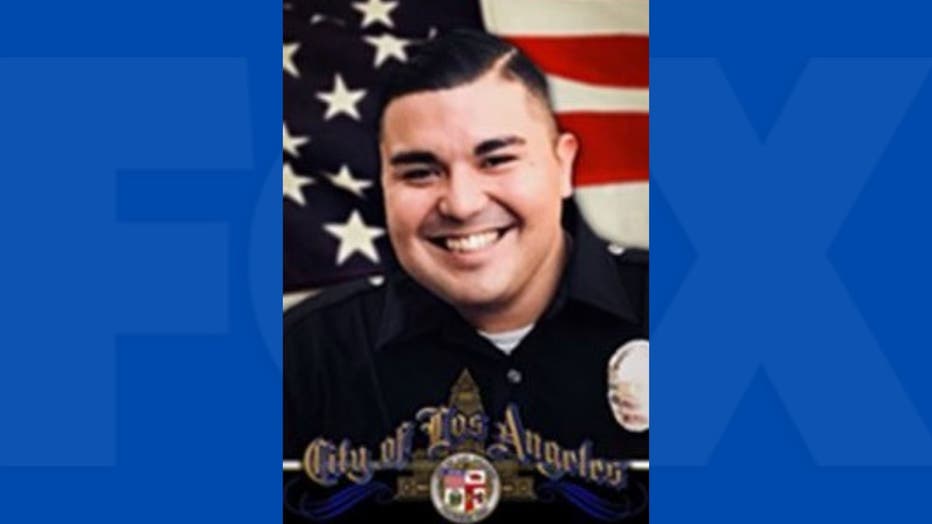 At the time of the crash, LAPD told FOX 11 the crash is believed to be an accident, not something that was done with criminal intentions.

Anzora is survived by his wife, his mother and his family, LAPD said in a statement.