LOS ANGELES (FOX 11 / CNS) - Authorities sought public help to find a man who attacked a woman in her mid-80s in Koreatown, leaving her with severe facial injuries.

Police want to speak with a man seen on surveillance video taken from a nearby smoke shop running from the location. Investigators believe he may have committed the attack and if not, almost certainly witnessed it, LAPD Capt. David Kowalski said at a news conference at the department's Olympic Station.

There has been an arrest in the case of the elderly Koreatown grandmother who was attacked by a complete stranger.

The circumstances of the arrest have not yet been released.

The so-called person of interest was described as Hispanic, in his mid- 30s, about 5-feet-5 inches tall and around 150 pounds, Kowalski said.

"Somebody saw this crime. It happened in the middle of the day in one of the busiest parts of Los Angeles,'' Kowalski said. "Please have the courage to come forward to help us identify the person responsible for this.''

The victim said all she remembers is the man walking beside her and then hitting her before she woke up, her granddaughter, Yujin Ko said.

Her eyes are black and blue, her forehead is black and blue. She got a lot of stitches on her scalp, so she's bandaged up,'' Ko said.

The suspect hit her for no apparent reason, Ko said.

"Luckily, a lot of people were there to help her, and so she said people were rushing to her, and I don't know if that's the time that guy got away,'' Ko added. "The paramedics came, the ambulance came, and the police came.''

Anonymous tips can be submitted through Crime Stoppers by calling (800) 222-TIPS. 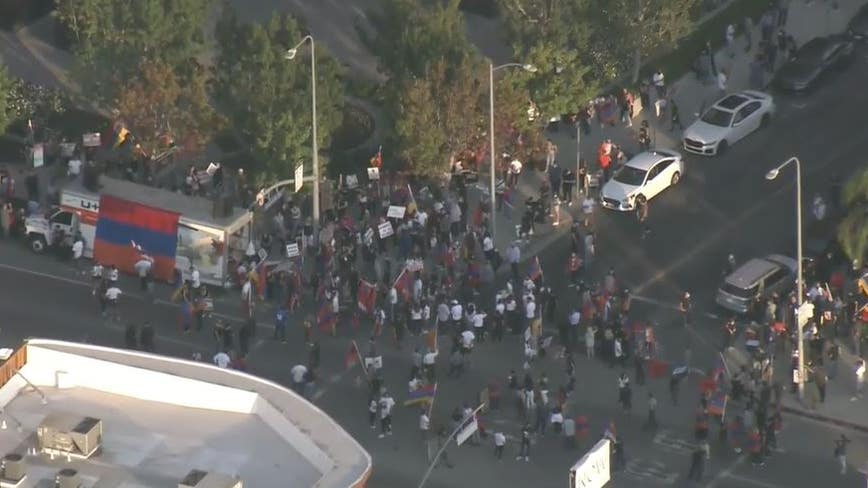