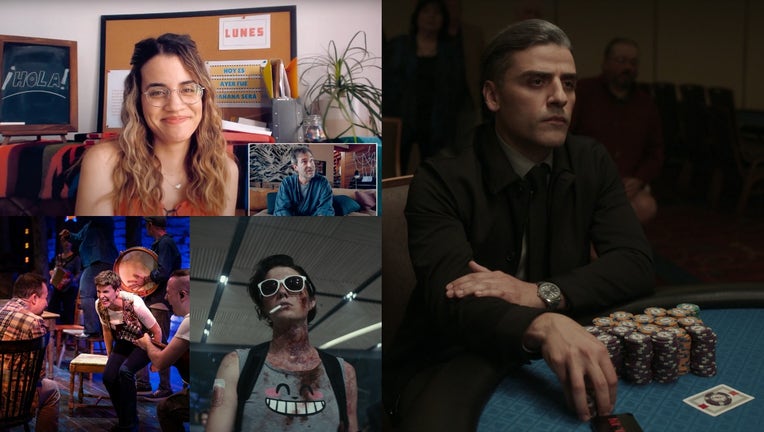 CHICAGO - Whether you’re in a theater or streaming at home, movie choices exist in abundance, with more arriving every week. Here’s our take on what’s new, free, fun or all of the above. 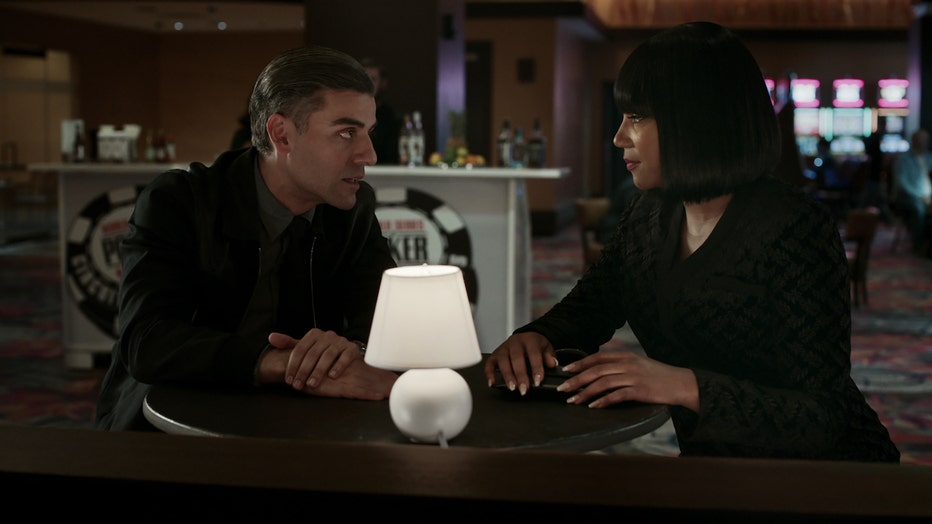 Schrader ("First Reformed", "Affliction") is perhaps best known as the screenwriter of intense cinematic classics "Raging Bull" and "Taxi Driver," to name a few of the titles on his lengthy CV, but if anything, his work when he’s behind both the pen and the camera is even more unrelenting. With "The Card Counter," he further weaponizes that tension by hinting that the impossible might be almost possible — that somehow, even the doomed have a chance to grab the brass ring.

Perhaps it’s just that they can still be tricked into believing such a thing is possible.

His name is William Tell (Oscar Isaac, "Ex Machina"), or at least that’s what he tells people. His life is a strange one: he travels from casino to casino, breathing in that filtered air at blackjack and poker tables. As the title might suggest, he counts cards, but not in a flashy way — his goals are "modest," as he tells La Linda (Tiffany Haddish, "Girls Trip") when she tries to recruit him to her stable of high-rolling, high-winning professional players. And then he leaves these palaces of overstimulation, it’s off to one in an endless string of interchangeable roadside motels, where he works to make his room as featureless and blank as possible.

Schrader never attempts to explain William’s life — he doesn’t need to. It’s clear that this is what’s survivable. It’s a reaction to his time spent as a military interrogator, and to the decade he spent in prison after being convicted of war crimes.

It’s a longtime status quo, it seems. Then it all begins to change. That’s thanks in part to his encounter with La Linda, whose easy warmth he seems to find both immensely appealing and disconcerting. But the real shift begins when he’s approached by Cirk-with-a-C (Tye Sheridan, "Mud"), the son of a man who served alongside William, now on a quest for revenge against the "enhanced interrogation" mastermind (Willem Dafoe, "The Boondock Saints") who never saw a day behind bars.

And that’s where "The Card Counter" begins tearing itself in two. There’s the movie William Tell is in — the one the audience is watching, the camera moving as his eyes might, scanning for danger, warping like memory — and the movie that maybe, just maybe, he might be able to enter, if only he can help the troubled Cirk.

To say much more about Schrader’s remarkable film is to diminish the experience of viewing it, of experiencing the desperate hopes it instills and the doom and futility laced through even its lightest moments. Haddish and Sheridan turn in rock-solid performances — the former is especially well-cast as a source of warmth and possibility in a cold, closed-off world — and Dafoe is predictably excellent in a small but key role.

Still, the movie belongs to Isaac, and to Schrader’s mesmerizing, terrifying script. Don’t go into "The Card Counter" expecting anything like a happy ending. William Tell certainly doesn’t. Expect only a faint possibility of something other than heartbreak, and remember that such hopes can make the heartbreak that much worse.

‘Language Lessons’: A story of grief and friendship, written in the language of rom-coms 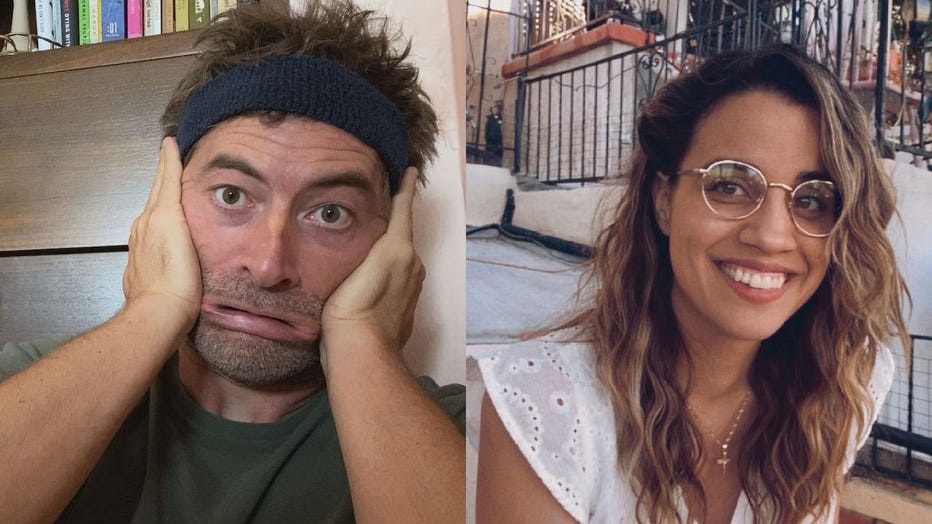 If you’re reading this on a computer or phone screen, there’s a pretty decent chance that you’ve had enough of Zoom to last a lifetime. The last year-and-a-half has seen far too many major life events taking place over webcam — weddings, baby showers, graduations, funerals, the list goes on.

And as any parent and/or adult picking up a quarantine hobby can tell you, that list also includes many, many classes.

Enter "Language Lessons," the debut feature film from director Natalie Morales ("Parks and Recreation"), working from a script by Morales and executive producer Mark Duplass ("Mars"). (The pair also star.) Yes, "Language Lessons" is a webcam movie, but please don’t let that dissuade you from logging on and spending some time with two of the most engaging characters to appear on screen this year.

It’s Adam’s (Duplass) birthday, and his wealthy husband Will (Desean Terry) has gotten him an unconventional and unexpected gift: Spanish lessons. One hundred of them, or one a week for a long, long time. He’s bewildered, as is his new teacher Cariño (Morales), who lives in Costa Rica (hence the need for webcams). But the pair hit it off, despite a disorienting start, setting the stage for a light comedy about learning a new language. Right?

Not so much. When tragedy bursts into Adam’s life, he answers Cariño’s call anyway — a scene evokes more horror with its familiar, anxious disorientation than many other, more traditionally tragic stories could dream of doing — and that easy, warm rapport transforms into something much more intense and sustaining.

Morales and Duplass are both sensational. Theirs are performances of tremendous subtlety and wit, by turns gentle and thorny. The filmmaking, too, is thoughtful and engaging — no small feat, given the limitations of the central conceit. (Because the characters are creative, Morales gets to be plenty creative, too.)

Alas, the screenplay does not always match the quality of the performances. Here’s where the aforementioned limitations become an issue: life may sometimes happen over a webcam, but not always. Still, the odd contrivance here and there can’t diminish the potency of this deeply empathetic, entirely platonic rom-com.

Candyman (1992): August saw the arrival of Nia DaCosta’s "Candyman," a "spiritual sequel" to the 1992 original from director Bernard Rose. Seeing this film isn’t a prerequisite for enjoying its descendant, but the ties between DaCosta’s film and Rose’s are robust. "Candyman" is currently number-one at the box office (racking up $22.3 million in North America in its first weekend in theaters), but it will cost exactly zero dollars to see its predecessor, and your experience with both films will be greatly enriched. Rated R. 99 minutes. Dir: Bernard Rose. Featuring: Virginia Madsen, Xander Berkeley, Tony Todd, Kasi Lemmons, Vanessa Williams, Ted Raimi. 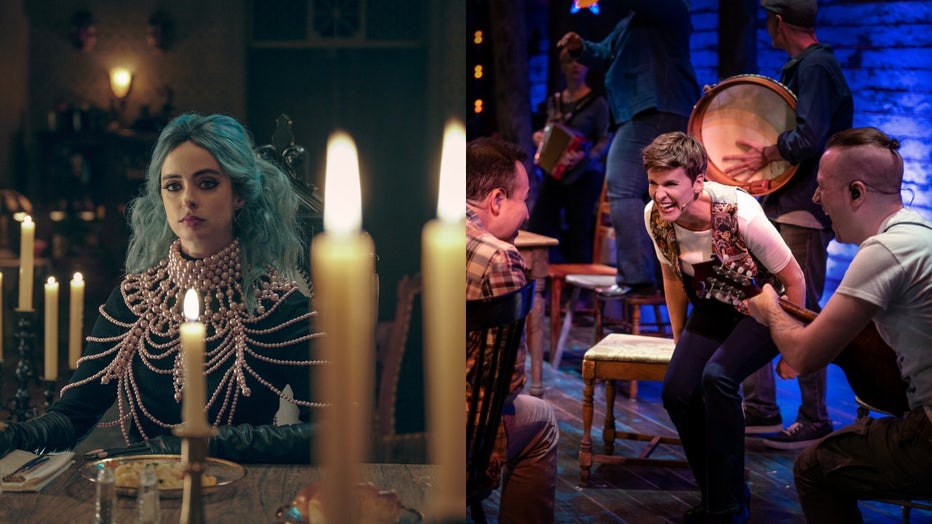