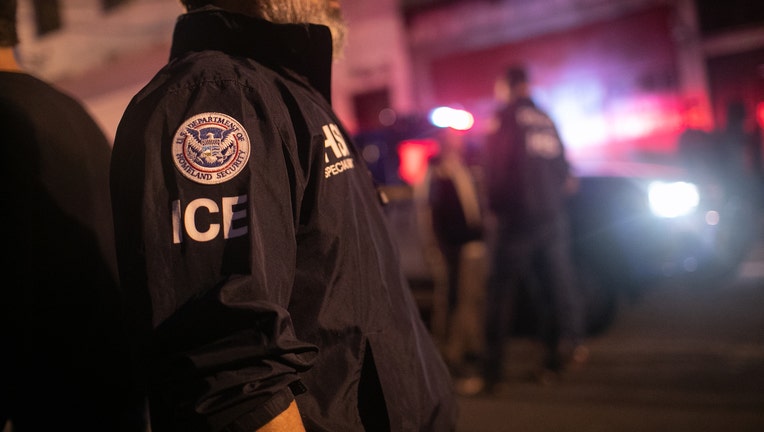 According to The New York Times, the agents are part of the Border Patrol Tactical Unit, or BORTAC.

"I strongly oppose this irresponsible deployment of federal SWAT agents in Los Angeles County for civil immigration enforcement,'' Villanueva said in a statement. "As the sheriff of Los Angeles County, I am responsible for everyone's public safety regardless of immigration status. We are not any safer if an entire segment of our population is afraid to report crimes to local law enforcement.''

California became a sanctuary state in 2017 by way of SB 54, which mandates cities and the state will not instruct law enforcement officers to assist federal immigration officers with enforcement.

Villanueva said he reduced the number of inmates transferred to Immigration and Customs Enforcement custody by 53% last year, while serious crimes in the county were reduced 7%.

"This debunks the White House's claim that (California's sanctuary law) and similar laws throughout the nation will somehow lead to an increase in violent crime,'' Villanueva said. "We cannot allow the federal government to weaponize our immigration system for partisan politics. This poorly thought-out plan can only be seen as a tactic to intimidate an already vulnerable population and drive them deeper into the shadows.''

The Los Angeles Police Department issued a statement saying the agency has "received no information from (ICE) regarding any special deployments in the Los Angeles region. Consistent with our long-standing practices, we have not and will not participate in any immigration enforcement activities. We continue our work building relationships with all immigrant communities in our shared effort to keep Los Angeles safe.''

Immigration officials do not reveal their specific plans for immigration sweeps to protect their agents and their operations.

Last summer, ICE sweeps targeting an estimated 2,000 people nationwide who had been previously ordered deported from the U.S. were expected in at least 10 cities across the United States, but the mass arrests never materialized.