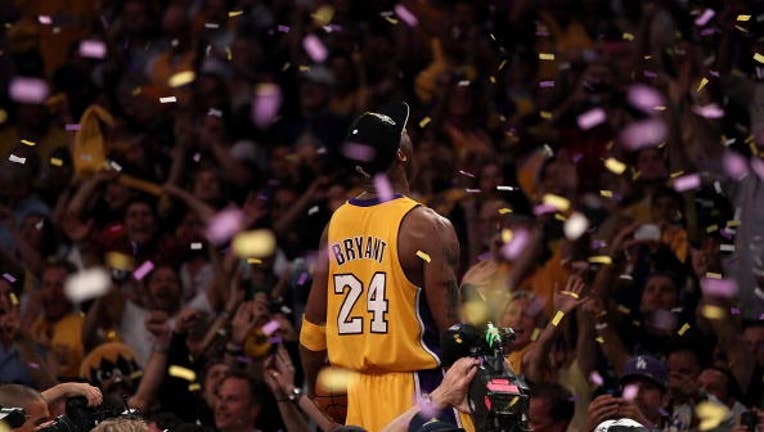 LOS ANGELES, CA - JUNE 17: Kobe Bryant #24 of the Los Angeles Lakers celebrates after the Lakers defeated the Boston Celtics in Game Seven of the 2010 NBA Finals at Staples Center on June 17, 2010 in Los Angeles, California.(Photo by Christian Peters

LOS ANGELES - Everywhere you look you feel the presence of late Laker superstar, Kobe Bryant. 8 months after his tragic passing, the team he led to five championship rings, his LA Lakers — are back in the Finals. It took a decade to get here.

In a lot of ways, Kobe Bean Bryant is the sixth player on the court. The team wore Black Mamba inspired jerseys, Anthony Davis yelled out Kobe’s name after sinking a dramatic buzzer-beater shot, which won Game 2 against the Nuggets. It’s as if Kobe’s presence cannot be contained; not a COVID 19 mandated bubble; not simmering racial strife or deep personal grief - Kobe has inspired the Lakers to bring home yet another ring. 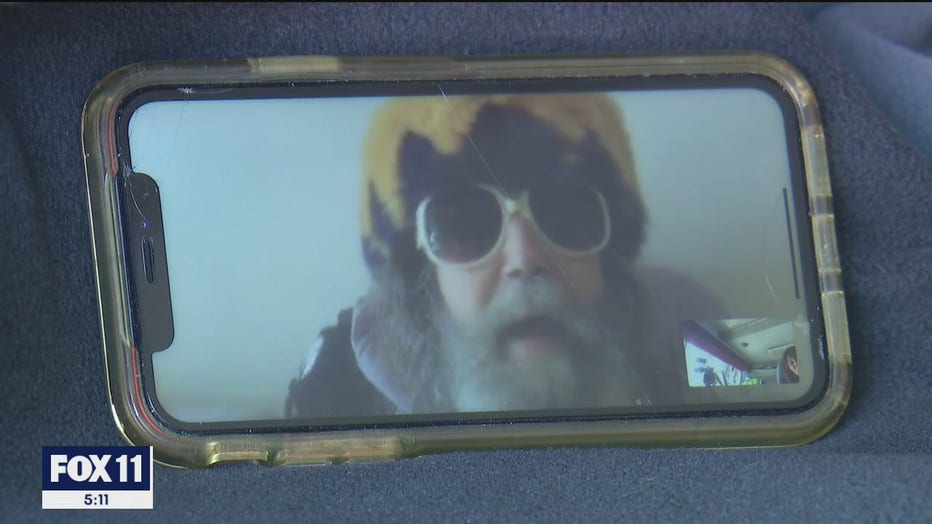 LA Sports Legend, Vic "the Brick" Jacobs said, "Invoking Kobe is so beautiful, so inspirational for this squad." As a longtime LA sports fan myself, covering today’s story was so special. I interviewed the Silvestre Family. We found mom and son madly trying to find Laker jerseys during a pandemic outside the Staples Center. Their Laker flag attached to the car, flew in the hot September wind.

Lakers fans say this year is for Kobe

22-year-old Daniel has been wearing Laker gear ever since he was in diapers. He attended his first Laker parade at 3. He says of Kobe “This year is dedicated to him. I feel strongly they are going to win it for him.”

Team leader, LeBron James vowed as much. He spoke from his heart on Instagram after Kobe’s passing. "I promise I will continue your legacy, man! You mean so much to us all here. Especially Laker Nation."