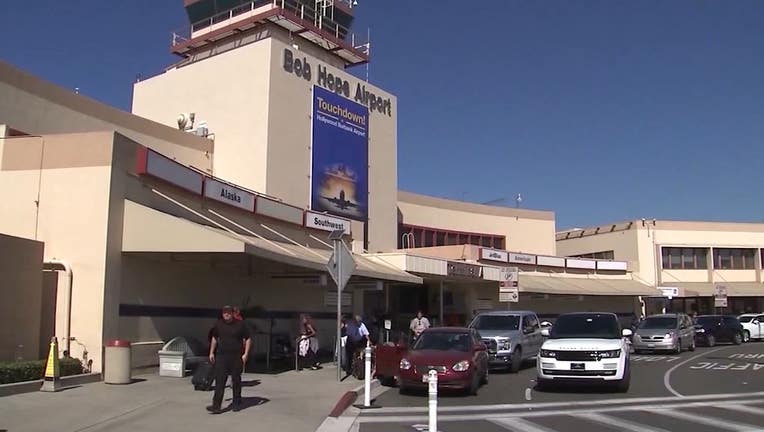 BURBANK, Calif. - A woman was arrested at Hollywood Burbank Airport attempting to flee the state after allegedly kidnapping two children.

Officers with the Los Angeles County Sheriff’s Palmdale station responded to a fast food restaurant on the 700 block of West Rancho Vista Blvd. in regards to two children who had just been abducted from their foster mom.

The sheriff’s office says deputies quickly arrived on scene but unfortunately the suspect had left the area in a gray Ford SUV.

Within an hour into their investigation deputies reached out to other sheriff’s stations and police agencies notifying them to be on the lookout for the suspect and the kids.

Officials say they quickly got word that the suspect may be heading to an airport in an attempt to flee the state.

The sheriff’s department says she was waiting for a flight to Arizona that was scheduled to depart in a few hours.

Officers say the suspect had pre-planned the abduction and a quick getaway.

The suspect was arrested and booked at Palmdale Sheriff's Station. Both children were safely returned to the custody of the Department of Children and Family Services.