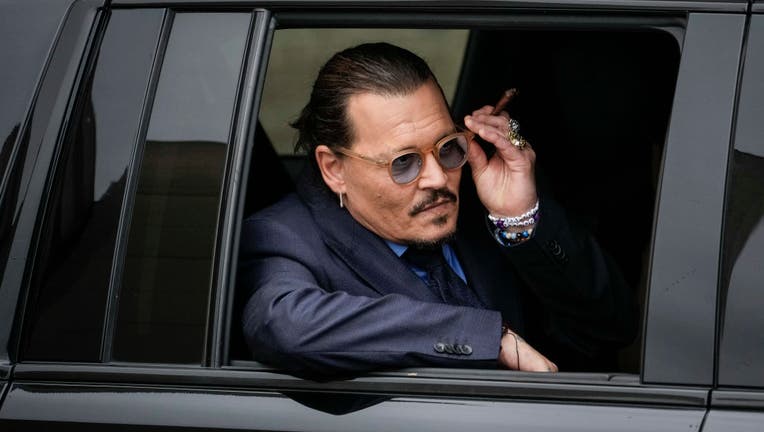 FAIRFAX, VA - MAY 27: Actor Johnny Depp sits in his vehicle as he departs the Fairfax County Courthouse on May 27, 2022 in Fairfax, Virginia. Closing arguments in the Depp v. Heard defamation trial, brought by Johnny Depp against his ex-wife Amber He

Johnny Depp is not in talks to reprise his role as Captain Jack Sparrow in the "Pirates of the Caribbean" franchise, his spokesperson told Fox News Digital.

The denial comes on the heels of a report from Australian gossip site Poptopic, alleging that Depp, 59, is hammering out $301 million deal with Disney to appear in the sixth pirate movie.

The media outlet attributed the intel to an industry insider.

AMBER HEARD IS OFFICIALLY ON THE HOOK FOR $10.35 AFTER JUDGMENT ENTERED

Depp's legal team argued at his defamation trial against Amber Heard that he was dropped from the franchise after his ex-wife penned a 2018 Washington Post op-ed, calling herself a victim of domestic abuse.

Verdict SHOCKER: Johnny Depp-Amber Heard BOTH WIN defamation claims against each other

The jury in the Johnny Depp and Amber Heard defamation trial both won claims against each other, a jury decided. Depp was awarded $15 million in damages, Heard was awarded $2 million.

During Depp's cross-examination, Heard's lawyer Ben Rottenborn confronted the actor with a statement he had made to the press.

"If Disney came to you with $300 million and a million alpacas, nothing on this earth would get you to go back and work with Disney on a ‘Pirates of the Caribbean’ film, correct?" asked Rottenborn, referring to the interview.

"That is true," he replied. He later said during questioning by his lawyer Camille Vasquez that he felt betrayed by Disney and made the comment after he felt the company had spurned him.

A pair of alpacas sporting pirate hats made an appearance outside the courthouse during the six-week trial that ended in a major victory for Depp.

The jury awarded the "Black Mass" star $10.35 million in damages, finding that Heard had defamed him by publicly accusing him of domestic abuse.

The panel also handed Heard $2 million, ruling that Depp had defamed her through a statement his lawyer made to the press, calling her abuse allegations a "hoax."