Authorities said the boy robbed a Michigan gas station at gunpoint and even fired his weapon. (Credit: Hartford Police Department)

HARTFORD, Mich. - Authorities have released startling surveillance video showing a 12-year-old allegedly robbing a gas station in Michigan and firing his gun as he demanded the cashier to hand over the money.

Authorities said the juvenile, whom they did not name, is currently in custody and charged with armed robbery, discharge of a firearm in a building, and three counts of assault with a deadly weapon. 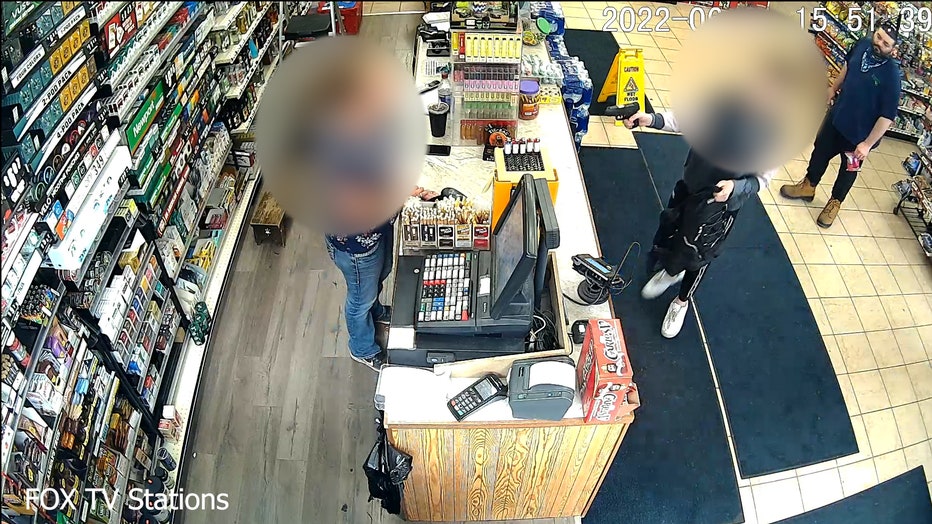 "I interviewed the juvenile for about an hour, and I found it odd/interesting, that he was willing to give me all the details, from start to finish, but would not tell me as why he did what he did," Ofc. Matthew Kuzma told FOX Television Stations.

In the video, you can see the 12-year-old boy waiting off to the side before he steps in the checkout line.

He then approached the female clerk and pulled out a gun from his backpack saying, "Put the money in the bag." 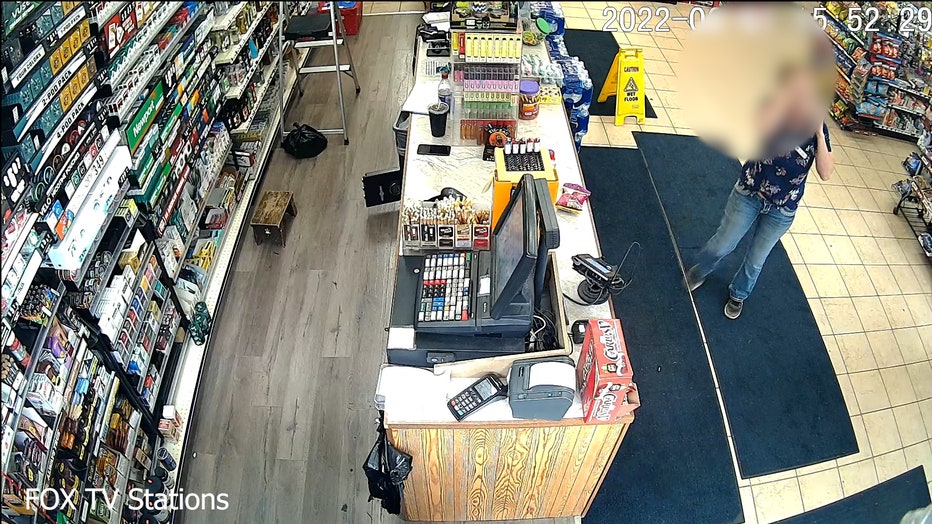 The shocked clerk asked "What?" before the boy repeated his command to put the money in the bag.

"Are you serious?" the clerk responded.

That was when the boy fired his gun off to the side before the clerk grabbed the money from the safe.

The robber left and the clerk called 911, alerting customers to lock the door. 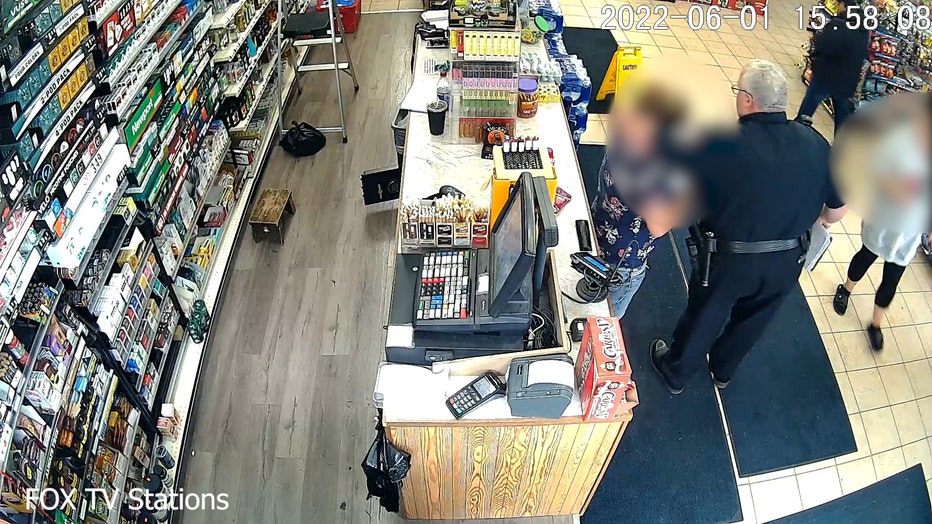 "It was a kid. It was just a little boy with a black bag," the shaken clerk said to a dispatcher.

The woman told the dispatcher the boy initially came into the store and looked at her. When she asked the boy if he wanted anything, the boy said no before walking away and standing at another spot in the store.

Video then showed officers arriving on the scene and even one officer twice hugging the visibly shaken clerk.

"I gave him the [expletive] bag of money," the clerk told officers. "He would’ve killed me. My life ain’t worth [inaudible] an hour."

Police later informed the clerk that they captured the boy.

"Bring him here so I can kick his [expletive]," the clerk responded as police continued to process the crime scene.

Local outlets report the boy was taken to the juvenile detention center in Allegan County. The money and gun were also recovered.