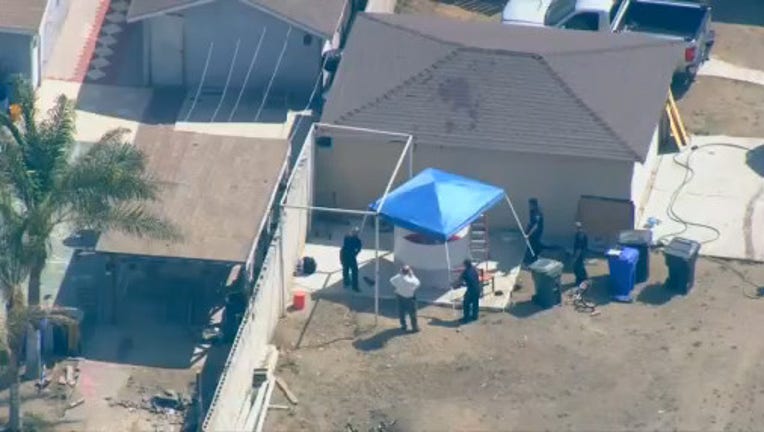 SAN BERNARDINO COUNTY, Calif. (FOX 11) - Police are investigating a suspicious death after a man was found dead outside a home in Fontana.

Police responded to the 9100 block of Olive Street Wednesday morning after a homeowner reported seeing a blood trail in his backyard.
The homeowner followed the blood trail and found a man’s body.

Police say the man has no relation to the house. The San Bernardino County Sheriff’s Office is working to identify the body.