Jumping worms are native to East Asia, but they have been sold in the U.S. as fishing bait and are now deemed highly invasive, expert say.

An invasive species known as "jumping worms" that violently writhe when handled and are known to cause problems in garden soils and forest floors have been reported in multiple U.S. states.

This earthworm species from the genus Amynthas are native to East Asia, but they have been sold in the U.S. as fishing bait and are now deemed highly invasive, according to Nicole Flowers-Kimmerle, a horticulture educator at the University of Illinois.

These worms will jump and "thrash wildly" when picked up, as their more common name suggests, she said. Other nicknames include crazy worms, Alabama jumpers or snake worms.

"They live in leaf litter and just the very top layer of the soil, so if you if you startle them you might think it’s a snake because they’re very fast and they have a snake-like kind of motion," Flowers-Kimmerle said. "If they’re threatened, they can shed their tail." 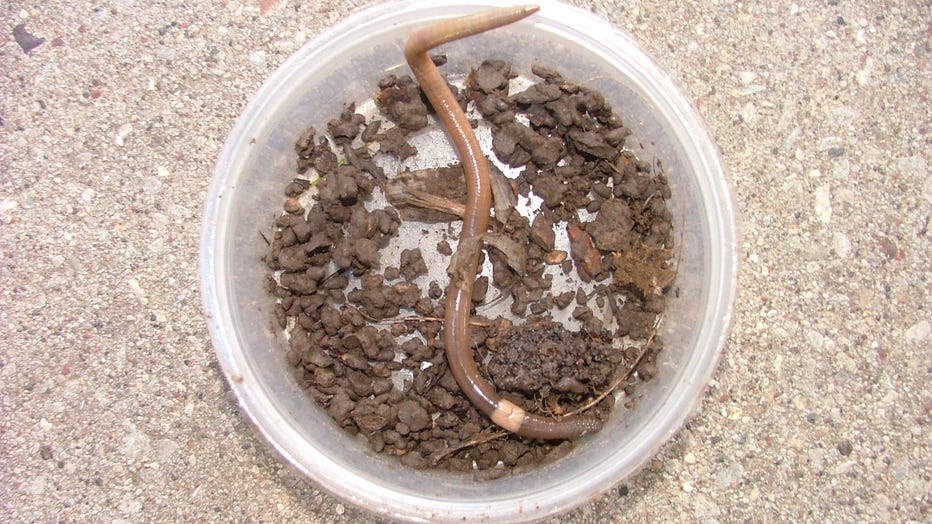 A jumping worm is pictured in a provided image. They are usually 4 to 8 inches long and have a dark, metallic body with a milky band that encircles the worm’s body. (Photo credit: Wisconsin DNR)

In 2013, jumping worms were confirmed for the first time in the upper Midwest at the University of Wisconsin-Madison Arboretum. They have since become more widespread across the U.S., with various agriculture departments at universities sharing information about them in places like Illinois, Iowa, Missouri, Nebraska and Oklahoma.

"Approximately 17 species of jumping worms have been found in North America, and they have been reported throughout the eastern and southern United States, parts of the Midwest and Oregon," the University of Nebraska-Lincoln’s Institute of Agriculture and Natural Resources writes.

Jumping worms are found in wooded areas, garden beds and lawns. They are "voracious eaters" that consume the top layer of organic matter and can quickly convert soil into grainy castings that look like dry coffee grounds, experts say.

They can change the soil structure in gardens, deplete available nutrients, damage plant foots and even alter the water-holding capacity of the soil. Experts say this is especially a concern in forests, where organic matter is limited.

"They are really, really fast-growing and their population increases really quickly. So they devour more organic matter than what you would expect for a regular earthworm than what we are accustomed to," Flowers-Kimmerle said. 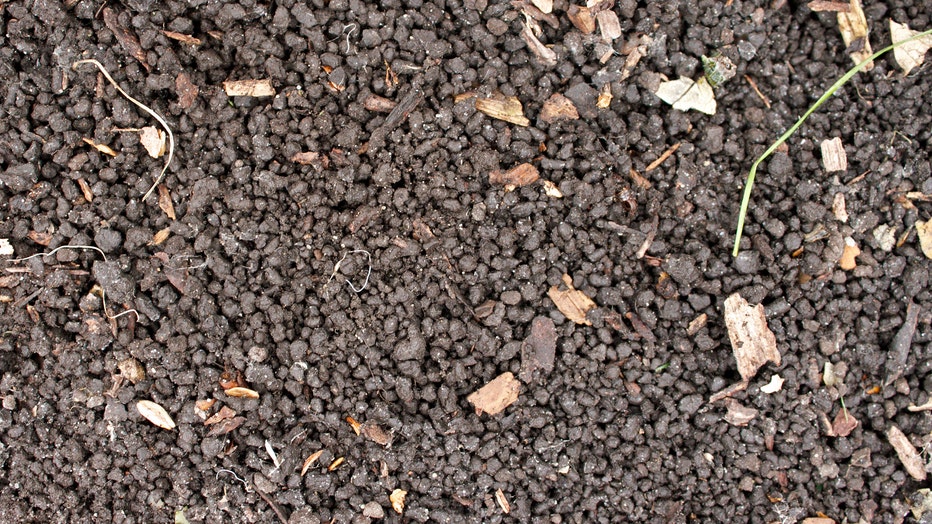 They are about 4 to 8 inches long and have a dark, metallic body, Flowers-Kimmerle said. They also have a smooth, milky white band called the clitellum that encircles the worm's body, unlike other earthworms with a pink, raised band.

The adult worms are most active from mid-summer to the first freeze, experts say. Adult jumping worms cannot survive the cold winters, but their very small, dark egg casings do. And they are also parthenogenic, meaning that a single jumping worm can reproduce by creating viable egg casings.

The Wisconsin Department of Natural Resources says there is currently no "magic bullet" to control jumping worms. Removing adult jumping worms to decrease the number of egg casings produced is the best control measure at the moment. Adults placed in plastic bags and left in the sun die quickly, and individuals should dispose of the bag in the trash. 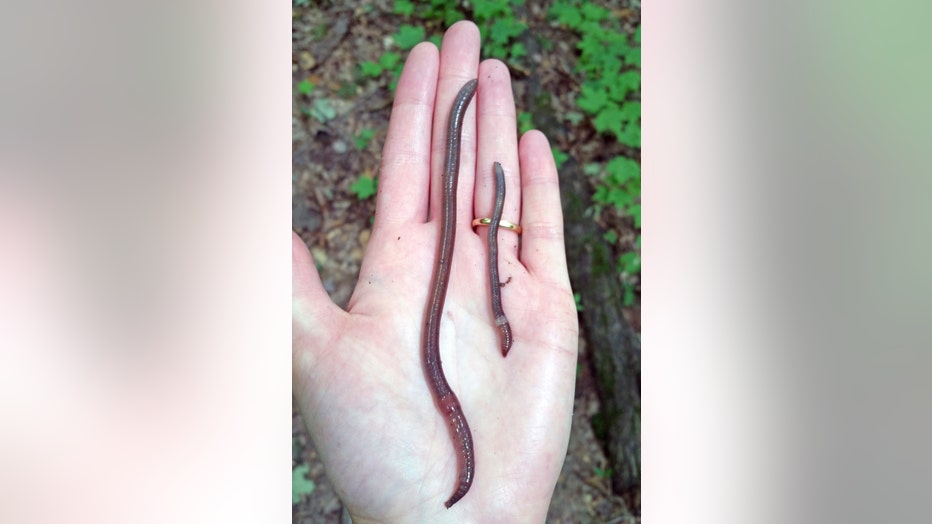 Prevention is the best approach, which includes recognizing what the worms look like as well as signs of their presence. Thoroughly clean tools, shoes and vehicles when moving from one site to another in case they contain jumping worms or their cocoons.

Only purchase compost, mulch or other organic matter that has been heated to appropriate temperatures and duration to reduce the spread of pathogens, insects and weeds. Jumping worm egg casings do not survive temperatures over 104 degrees Fahrenheit.

"If you’re going to a local plant sale where people are digging things up out of their yards to sell, wash your roots off," Flowers-Kimmerle advised. "It’s really just making sure that things are clean and also just paying attention."