Against its will, it crawled up the stalk, marching toward its final destination.

And then, from its skull burst forth the invader from within, releasing a bevy of its alien brood.

This horror may seem like the stuff of nightmares, but for many insects and the parasites that turn them into "zombies," this is just another day in the natural world.

Here are a few more examples of "zombie" insects to haunt your dreams. 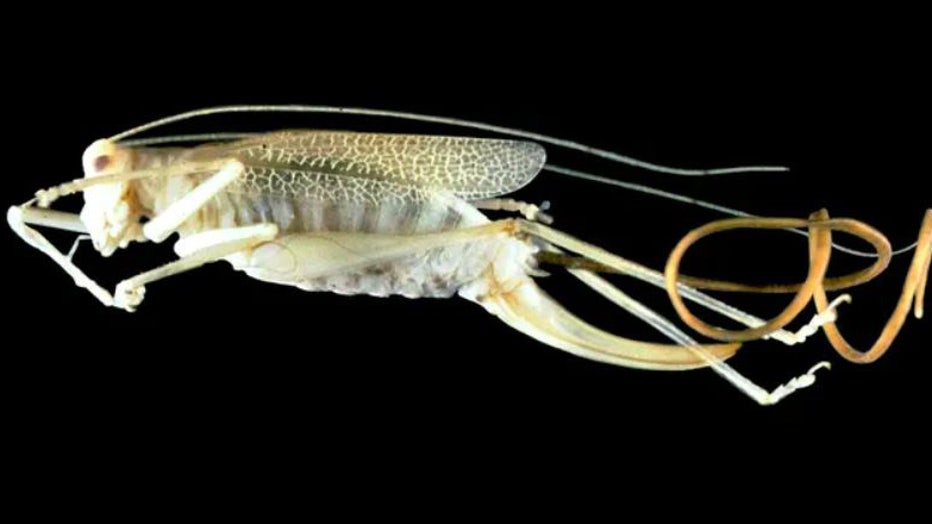 Hairworms are parasitic animals from the phylum Nematomorpha. These worms infect crickets and other terrestrial insects and control their bodies.

The process begins in the water, where hairworm eggs are laid and later mature into larvae. The microscopic larvae have hooks, and long, slender probes called stylets, which help them infect insects.

Once inside an insect, the larvae take control of the insect’s body and force it to move toward a water source. There, the insect dies. This helps the parasitic hairworm return to an environment – an aquatic one – that is most conducive to its reproduction.

Sleepwalking to their deaths 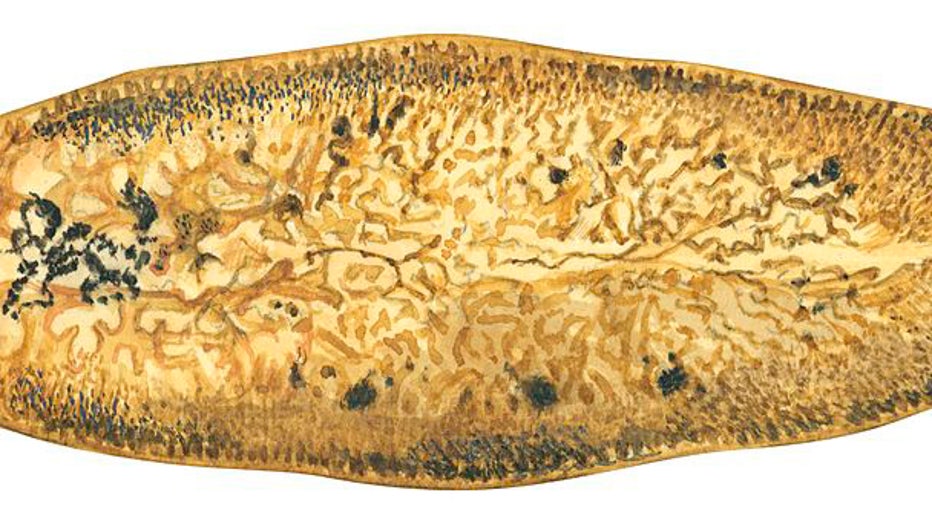 A parasitic flatworm called the Lancet liver fluke uses ants as part of its reproductive cycle. However, its journey to the ant involves a few steps in the food chain.

First, the Lancet fluke grows inside the liver of a grazing animal, where the fluke grows its eggs. The grazing animal then expels the fluke and its eggs through its feces. Snails then eat these droppings, leading the snail to be infected with the fluke larvae. The larvae pass through the snail’s digestive tract and are released in the form of slime balls.

Ants then feed on the slime balls filled with the parasites. Once consumed, one of the parasites migrates to a part of the ant’s brain where it can release chemicals into the ant’s nervous system. This allows the parasite to control the insect’s body. 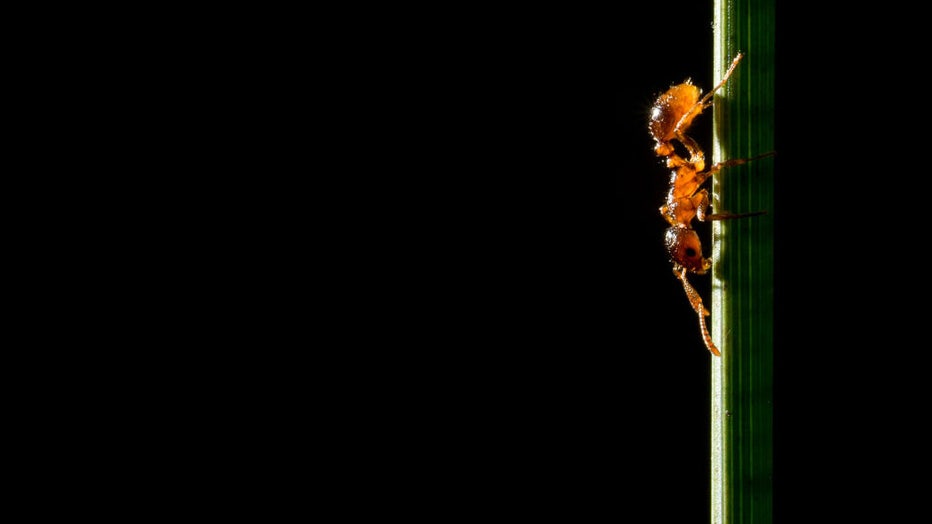 The parasite’s control, however, varies depending on the time of day. During a cool evening, the parasite forces the ant to climb to the top of a blade of grass, where it may be eaten by a grazing animal and help the parasite begin its life cycle all over again.

If the ant is not consumed, when night turns to day, the ant crawls back to the ground to proceed with its normal activities. But once evening comes, the parasite regains control of the ant once again and drives it back up the blade of grass to be eaten. 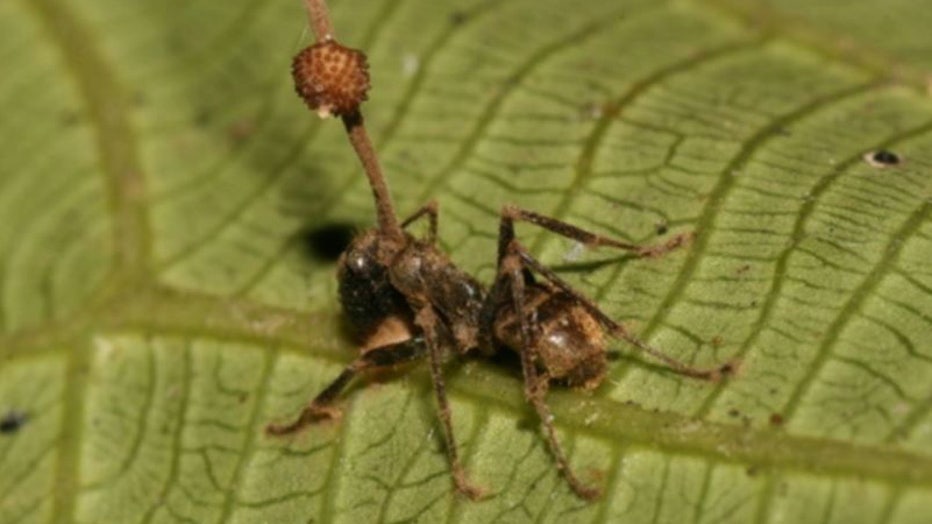 An infected "zombie" ant, having had a fungal shoot burst out of its skull. (David P. Hughes, Maj-Britt Pontoppidan)

Parasitic fungi from the genus Ophiocordyceps control ants by infecting them. Spores of the fungus first land on the ant, and then they use enzymes and mechanical pressure to drill through the insect’s exoskeleton. The fungus then grows as free-living yeast cells inside the ant.

These yeast cells then produce nerve toxins that can change the ant’s behavior. Specifically, the fungus forces the infected ant to climb to a particular position on a plant, where the insect soon dies.

In the case of bullet ants in Costa Rica, once the parasitic fungus forces an ant to climb to the top of a plant, the fungus erupts out of the back of the ant’s skull as a giant stalk, sprinkling its fungal spores to the other ants below like snow.

After Hurricane Ian swept through the Sunshine State, officials saw an uptick in cases of the flesh-eating bacteria Vibrio vulnificus. This year, about 65 cases of infections due to Vibrio vulnificus have been reported and 11 deaths.

According to environmental engineer Tracy Fanara, the bacteria thrive where saltwater and freshwater mix, which is what occurred in Southwest Florida after Hurricane Ian this year and Hurricane Irma in 2017.

The bacteria can enter a human by way of ingesting infecting shellfish and through an open wound.