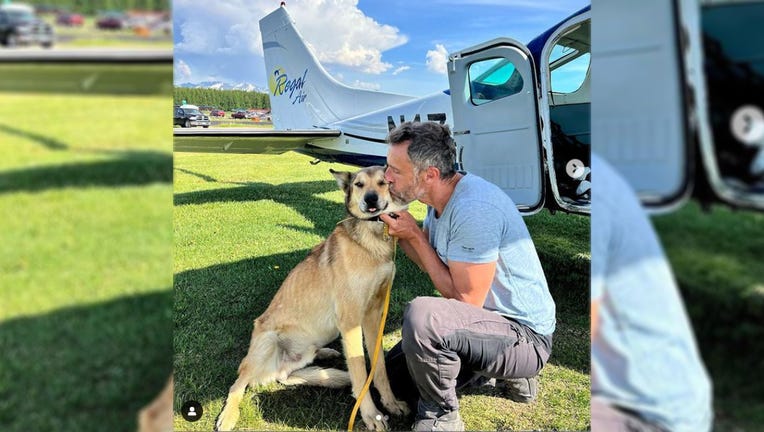 An Iditarod sled dog was found safe after disappearing from a checkpoint in the race three months ago and covering nearly 150 miles, the Iditarod Trail Committee said Saturday.

Musher Sebastien Dos Santos Borges of France was picking Leon up and returning with him to France, the trail committee said in a statement.

Leon went missing in March after what the trail committee said was his "escape" from the Ruby checkpoint. In May, residents of the Alaska city of McGrath, over 120 miles south of the checkpoint, reported to Race Director Mark Nordman that they'd seen Leon frequently near a cabin.

The resident of the cabin and another musher left food for Leon in the hopes of catching him, according to the trail committee. He was captured early Saturday morning and was safe, alert and "understandably skinny but seemingly healthy," said Iditarod spokesperson Shannon Markley.

Leon was expected to see a veterinarian in the coming days and needs a health certificate before he can fly back to France, Markley said.

Dog missing for over a year reunited with owner

A dog who went missing over a year ago was reunited with her tearful owner at the Humane Society in St Louis, Missouri, on March 1.

On March 12, a dozen dogs had arrived with Dos Santos Borges in Ruby, a checkpoint just under 500 miles from the start of the race.

Dos Santos Borges left Ruby on March 13 with 11 dogs, and scratched days later with nine dogs after the checkpoint in White Mountain, located just under 900 miles (1,448 kilometers) into the race.