High school sweethearts Mike and Peggy Nipper underwent a successful transplant at a hospital in Texas just before the holidays.

AUSTIN, Texas - A Texas husband took the wedding vow “in sickness and in health” to heart when he donated his kidney to his wife of 51 years.

Peggy was diagnosed with polycystic kidney disease years ago, a disorder in which clusters of cysts develop in the kidneys — causing the organs to enlarge and can lead to kidney failure. Peggy previously lost her mother to the same disease, WTHR-TV reported. 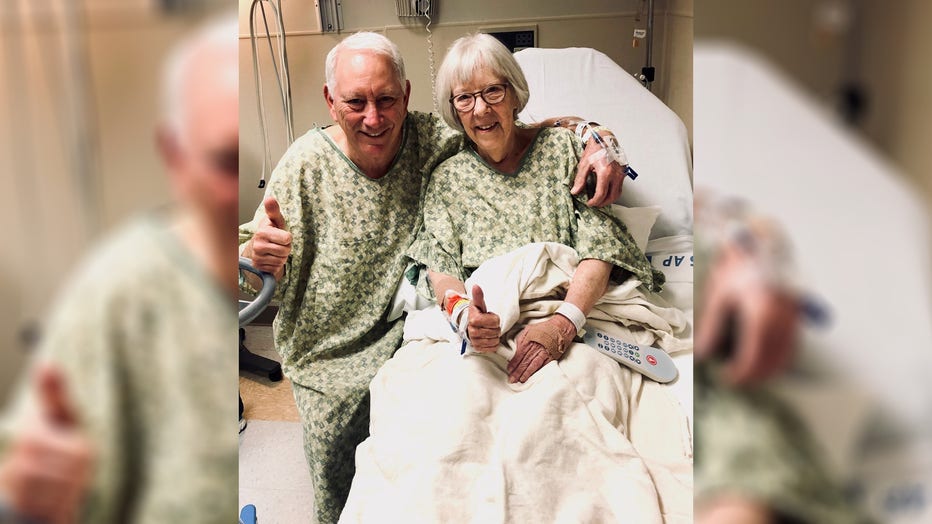 This year, her kidney function was declining and she faced dialysis or having a transplant.

The average wait time for a kidney transplant is three to five years, but can be even longer in some parts of the country, according to the National Kidney Foundation. A donor must match your blood and tissue type.

Mike ended up being a perfect match for his high school sweetheart, which he called “a huge miracle surprise.”

"I tell people she gave me her heart 50 years ago, so I will give her my kidney for the remainder," Mike told WTHR-TV.

"I'm going to count it as a Christmas present and maybe the next birthday present too," he joked.

"You can count it as many as you want," Peggy said. "This is the best. This one keeps on giving."