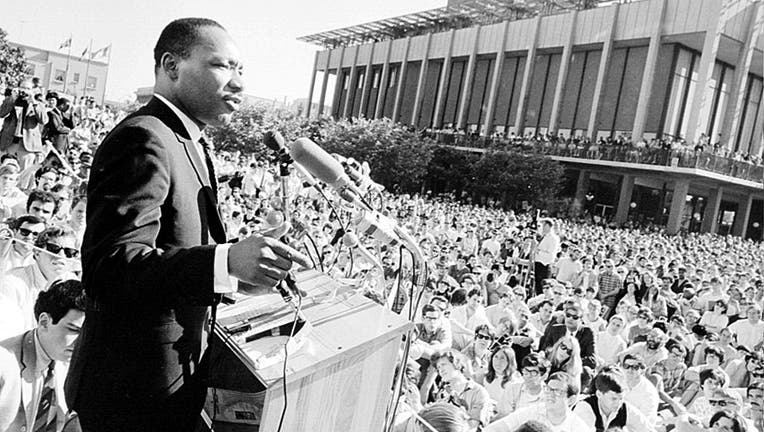 Holiday plans faced major disruption in 2020 and thanks to the ongoing COVID-19 pandemic, 2021 has so far offered more of the same.

On Martin Luther King Jr. Day, his legacy is traditionally honored with parades and service events across the country, but the pandemic has rendered in-person gatherings such as these unsafe. Even so, you can commemorate the civil rights icon in several different ways from the safety of home this year, such as by *studying his speeches* *or virtually volunteering with a nonprofit.* Here are just a few ideas.

Watch a movie or documentary

There is no shortage of movies and documentaries to watch to learn about Dr. Martin Luther King Jr.

Tubi has a modest collection of documentaries available for free. You can see what’s available here.

Tubi is available on a wide array of devices, including Roku, Comcast Xfinity, Amazon Fire TV and more. Head to tubi.tv.com or the app store to watch.

Hollywood has also adapted King’s triumph at the Edmund Pettus Bridge, such as in Ava Duvernay’s 2014 film "Selma" and the 1999 Disney version "Selma, Lord, Selma."

Read his "Letter from a Birmingham Jail"

Authorities in Birmingham, Alabama arrested Dr. Martin Luther King Jr. in April 1963. While in jail, eight white clergymen in the state published "A Call for Unity," which denounced King and methods of civil disobedience.

The open letter referred to Dr. King as an outsider and encouraged activists to pursue progress in the courts, not protests.

Now provoked, Dr. King responded with his famous "Letter from a Birmingham Jail." In it, he stressed his belief that the fight for justice could not wait on the courts. He argued people had a moral responsibility to break unjust laws and said, "injustice anywhere is a threat to justice everywhere."

You can read the letter in its entirety here.

The Martin Luther King Jr. Research and Education Institute has a database filled with hundreds of speeches and sermons once delivered by King.

You can search their archives here.

At the end of his life, Martin Luther King Jr. was fighting for universal basic income

Before he was assassinated, Martin Luther King Jr. was coordinating his Poor People's Campaign, a large-scale initiative to eradicate poverty in America.

According to the Washington Post, the pandemic has decreased the number of Black business owners by 40%, far more than any other racial group.

You can also search for Black-owned restaurants on Door Dash, Uber Eats and Postmates. EatOkra is an app that can also point you to Black-owned eateries across the country.

Shoppe Black is another resource that bills itself as "your trusted source for all things, Black owned globally."

Since 1994, when Congress passed the King Holiday and Service Act, the Martin Luther King Jr. federal holiday has been designated as a national day of service. On this day, all are encouraged to volunteer in service to fellow Americans in King’s honor.

Many organizations are hosting virtual events this year, or have volunteer activities you can complete at home.

You can write a letter to older adults who may be isolated in their homes through Letters Against Isolation. Every other week, users will get a spreadsheet where they can send letters to the U.S, Australia, Canada, the United Kingdom and Israel. You can write and send as many letters as you’d like.

Operation Gratitude supports the military and first responders through care packages. The organization has also put together a wish list through Amazon.

From Saturday, Jan. 16 - Monday, Jan. 18, you can transcribe the Freedmen's Bureau records with the African American Museum in Philadelphia live on Zoom and Facebook.

Congress established The Freedmen’s Bureau in 1865 to help millions of former Black slaves and poor whites in the South after the Civil War. The bureau provided food, housing and medical aid, established schools and offered legal assistance.

Donate to The King Center

In 1968, King’s widow, Mrs. Coretta Scott King, established a nonprofit organization in her husband’s memory. True to Dr. King’s legacy, The King Center works to educate the world on the life, legacy and teachings of Dr. King and inspire new generations to carry forward his unfinished work.

The remains of Dr. and Mrs. King are entombed there and their grave typically draws nearly a million visitors each year, according to the nonprofit’s website. 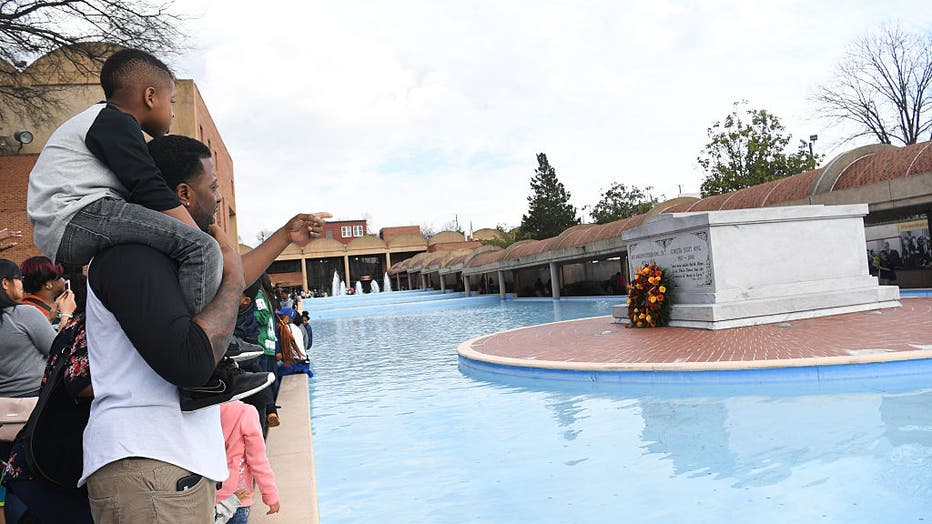 Mrs. King envisioned The King Center as "no dead monument, but a living memorial filled with all the vitality that was his, a center of human endeavor, committed to the causes for which he lived and died."

Click here to make a donation to The King Center.

Read about his children’s activism

All four of King’s children followed his path into activism and all maintained his ideology of peaceful resistance to injustices. 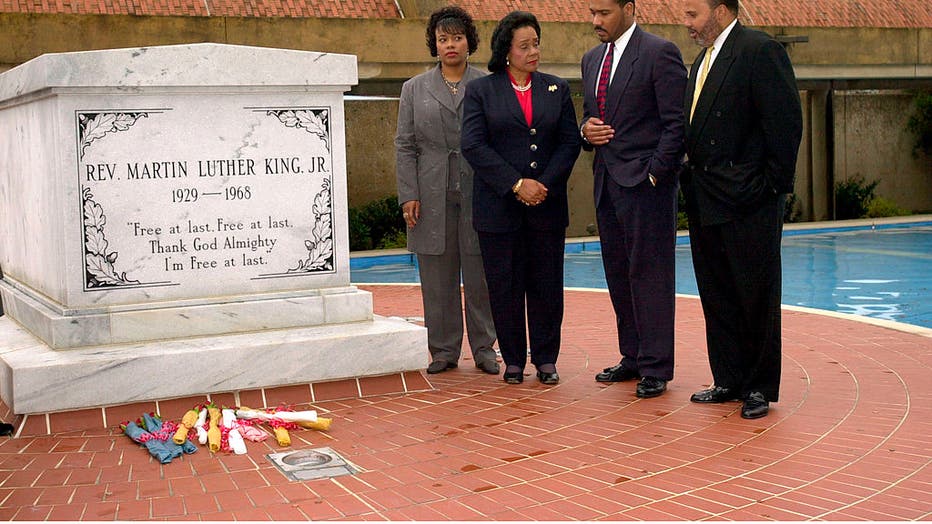 The oldest, Yolanda King, was active in the arts and entertainment industry. She collaborated for many years with Attallah Shabazz, the daughter of civil rights icon Malcolm X.

She produced and starred in several productions, including "Tracts: A Celebration of the Triumph and Spirit of Martin Luther King, Jr." She even had a role in the aforementioned Disney film "Selma, Lord. Selma." 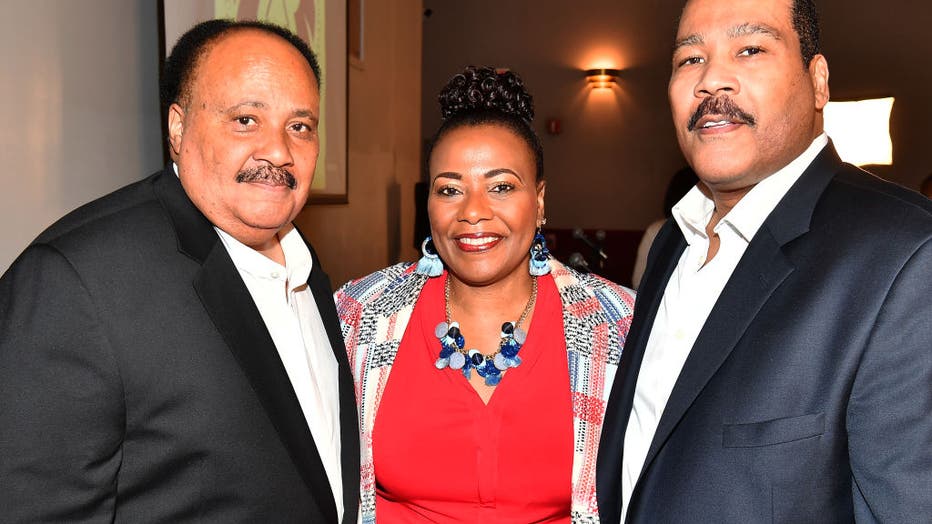 After that, he went on to campaign for Barack Obama in 2008 and served as president of The King Center in 2010.

Dexter King is Dr. King’s youngest son. He led The King Center in 2005 as president, chairman and CEO of the nonprofit. He was nominated for an Emmy Award for his work on the 1999 animated film "Our Friend, Martin." And in 1993, Dexter King published "Growing Up King: An Intimate Memoir."

Dr. King’s youngest child, Bernice A. King, followed in her father’s footsteps into the ministry.

In 1988, she delivered her first sermon at Ebenezer Baptist Church — her father’s former church. Two years later, she became the second woman ordained there as a minister.

In recent years, she has been outspoken about social justice, police violence and sexism. She’ll also be part of a MLK Day of Service primetime special presented by president-elect Joe Biden and vice president-elect Kamala Harris’ Presidential Inaugural Committee.

Watch "United We Serve: A Celebration of the National MLK Day of Service"

President-elect Joe Biden and vice president-elect Kamala Harris’ Presidential Inaugural Committee is putting on a virtual event called "United We Serve: A Celebration of the National MLK Day of Service" the evening of MLK day.

It promises to be an evening of music and inspirational speakers.

The event will begin at 8 p.m. ET and will stream live at bideninaugural.org.