'Homelessness is not a crime': Family of unarmed man killed by Tustin police sues city

A family is suing the city of Tustin over what they say was the wrongful killing of their father, 39-year-old Luis Manuel Garcia.

TUSTIN, Calif. - A family is suing the city of Tustin over what they say was the wrongful killing of their father.

Luis Manuel Garcia, 39, was homeless at the time of his death and his family says he struggled with mental illness. The excessive force lawsuit filed Tuesday alleges negligence in the handling of the arrest of Manuel Garcia on Aug. 9. 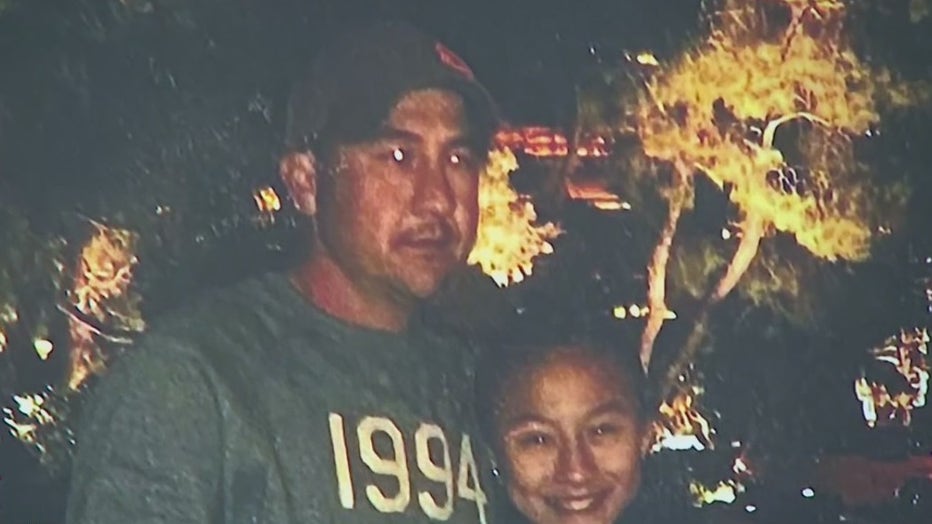 Garcia was sleeping in bushes in the 15400 block of Williams Avenue when officers asked him to come out. Video from body-worn camera shows Garcia bursting out of the bushes and showing them a bag of cans for recycling and a stick he uses to pick up the discarded trash.

Dale Galipo, an attorney representing Garcia's family, said Garcia was already attached to a stun gun and had been subjected to a charge when he was fatally shot.

Tustin police said they could not comment on pending litigation. The shooting is also still under investigation by the Orange County District Attorney's Office.

"You've got a homeless guy who may have mental issues and instead of de-escalating the situation they clearly escalated it," Galipo said. "In many ways the shooting was totally unnecessary... I'm hoping Tustin will do the right thing and step up and settle this case."

Even though the video shows Garcia bursting through some bushes when police summoned him it does not justify the shooting, Galipo said.

"Just because someone does something arguably that could have put police on a threat alert it doesn't rise to a deadly threat" that justifies deadly force, Galipo said.

"There's the disconnect... Where was the threat? He had a stick. You can't shoot someone for that. You can't even shoot someone with a gun or a knife in hand. And he has recyclables in one hand and a stick in the other hand."

Police had shot Garcia with a stun gun and he was "locking up" when police opened fire, Galipo said.

"As soon as the cycle finishes or maybe during the cycle they shoot him," Galipo said. "He was already under the control of the Taser. All they had to do was press the trigger again. That's even more reason for her not to shoot."

Manuel Garcia's daughters claim that a police officer unnecessarily took the law into her own hands.

The family's attorney says the State Attorney General is investigating the case. This is per California law which states the California Department of Justice will step in when it's determined a suspect was not armed during an officer-involved shooting.