Latinos are the fastest growing minority group in the country but when it comes to representation in Hollywood, they are falling far behind.

LOS ANGELES - Latinos are the fastest-growing minority group in the country but when it comes to representation in Hollywood, they are falling far behind.

"This is what systemic exclusion looks like in an industry," says Texas U.S. Representative Joaquin Castro.

After the mass shooting in El Paso by a man who had a twisted view of Latinos, the Congressman representing Texas began voicing his criticism of Hollywood and its lack of positive Latino representation.

In September, he spoke at the National Press Club.

"Hollywood produces entertainment, but over the years, it has also produced damaging and dangerous stereotypes," says Castro.

He also points to an alarming new study by USC’s Annenberg Inclusion Initiative which found that only 7% of major films in 2019 featured a Latino actor.

When Latinos were hired, they were cast as criminals in one-third of 2019’s biggest movies.

There are promising new programs that are making a difference in Hollywood. One example is the Youth Cinema Project. Kids as young as nine years old are being taught how to generate ideas, write scripts and learn what it takes to make movies. 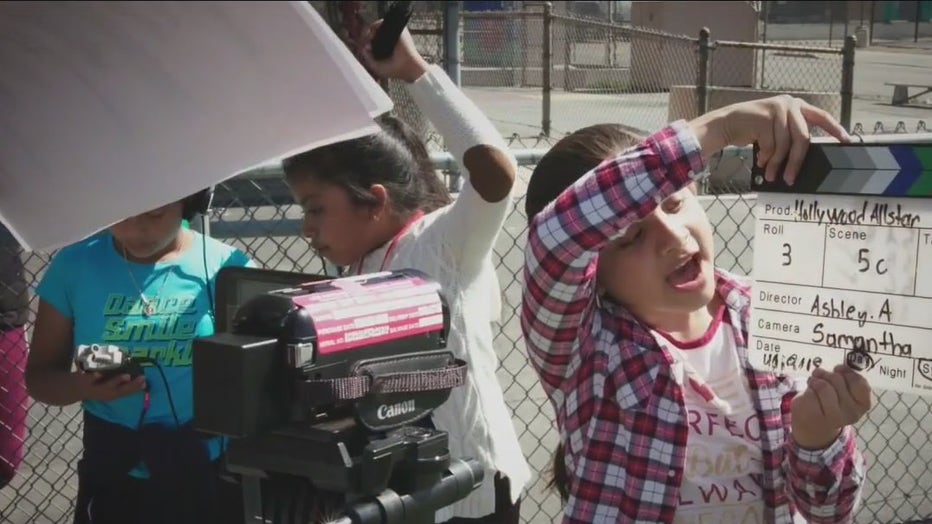 In the process, students are learning so much more.

One 4th grade student says, "I’ve learned to not be shy and believe in myself and not give up."

Anali Cabrera, a former student of Youth Cinema Project, is now a senior at UCLA's film school. She’s focused on creating stories with people from all walks of life.

She says, "I think for my story specifically it's a matter of me directing stories that really revolve around minority people and talk about socially and politically relevant issues."

Cabrera is creating characters that reflect her community and are not the stereotypical roles Hollywood has often assigned to Latinos, especially women.

Point in case, the late Lupe Ontiveros. While she had breakout roles in Selena, Real Women Have Curves and other indie films, the talented actress was mostly cast as a maid.

Ontiveros played a housekeeper 150 times in her career.

"She knew she was capable of so much more," says Elias Ontiveros, Lupe’s son and an independent filmmaker himself. "I think there's a greater need for producers and writers and I think at the executive level."

Without diversity at the top, Ontiveros believes nothing will change in Hollywood.