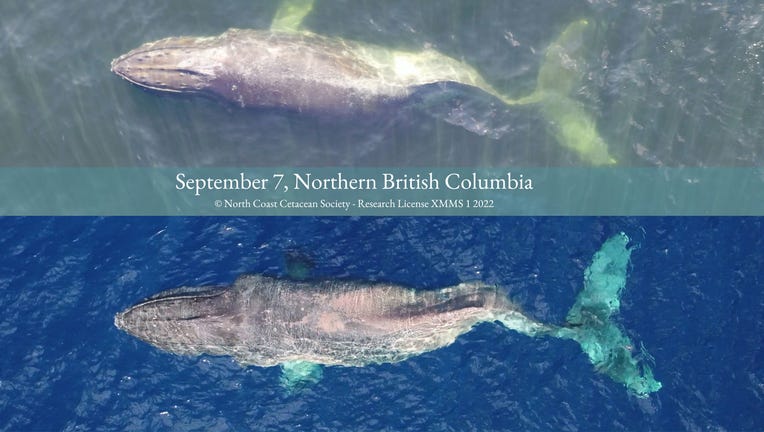 Moon miraculously traveled from Canada to Hawaii with a severe spinal injury but, sadly, will not be strong enough to make it back.

In 2020, researchers spotted her with a calf, passing on the tradition of the journey.

But earlier this month, Moon was discovered to be in severe distress.

On Dec. 1, a whale-watching vessel in Hawaii reported seeing a sick whale, and researchers with the Pacific Whale Foundation determined the whale had severe spinal trauma and could no longer swim using its tail.

The whale was soon identified to be Moon, and her tragic story began to unravel.

Moon was actually first spotted with her broken tail months prior, on Sept. 7, along the remote coast of British Columbia. Drone cameras from BCWhales, a nonprofit research organization, captured the images, showing something was very wrong. The whale’s entire back, from the dorsal fin to fluke, was curved into an unnatural ‘S’ shape.

BCWhales assumed this kind of trauma was because the whale had been hit by a large boat. 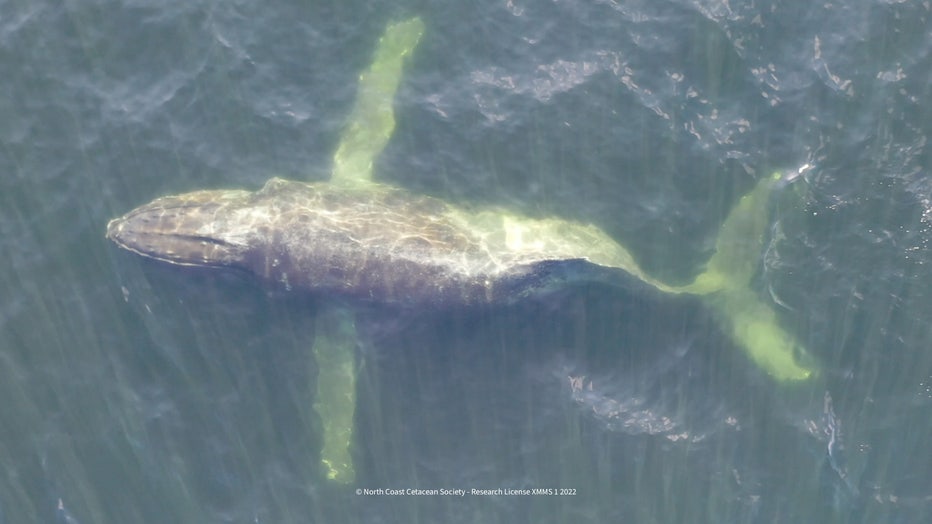 But, BCWhales researchers weren’t able to get a good enough look at the tail marker, which is used to identify and track whales, because of the injury. So they weren’t sure which whale it was.

But, after seeing images from the Pacific Whale Foundation of Moon in Hawaii, they compared drone footage and learned it was the same whale they had seen three months prior — 3,000 miles away.

"The harrowing images of Moon’s twisted body in Maui stirred us all. Not only was she likely in considerable pain, but she had somehow migrated thousands of miles across the North Pacific to her Hawaiian breeding grounds without being able to propel herself with her tail," BCWhales said.

Drone video of Moon swimming in Hawaii with paralyzed tail

After a vessel strike left her paralyzed, a humpback whale still made the 3,000-mile migration from Canada to Hawaii. Video: Pacific Whale Foundation.

Jens Currie, Chief Scientist with Pacific Whale Foundation, said Moon used only her pectoral fins to swim. As Janine Wray, CEO and lead researcher for BCWhales described it, Moon was "literally doing the breaststroke to make that migration."

Furthermore, the migration left her "completely emaciated," which is evident by her skinner frame. She also accumulated an excessive load of whale lice. 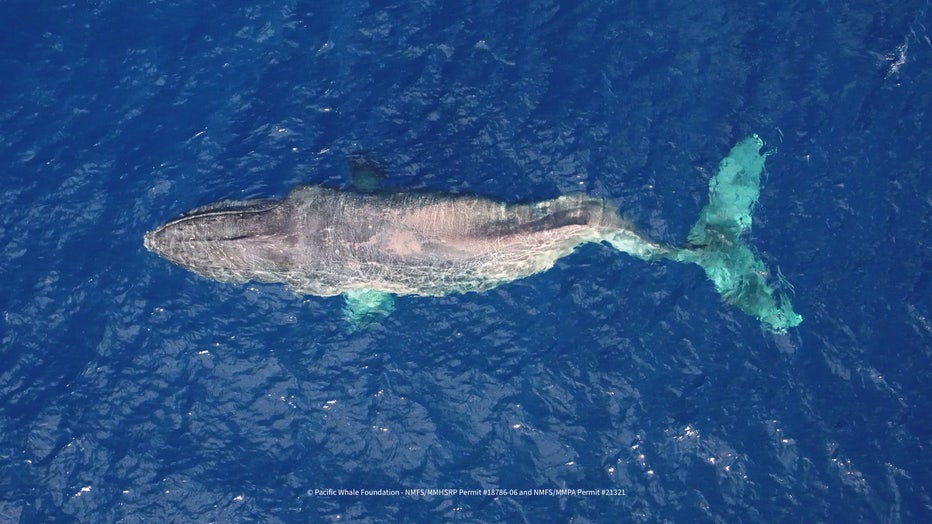 "The poor condition of the animal when she was first sighted off the coast of Maui speaks to the toll that this took on her," Currie added.

In her current condition, Moon is not expected to survive to make the return journey.

"We will never truly understand the strength it took for Moon to take on what is regrettably her last journey, but it is on us to respect such tenacity within another species and recognize that vessel strikes lead to a devastating end," BCWhales said.

Wray told The Guardian that human intervention isn’t possible because euphonization would risk poisoning the marine life that would feed off her larger-than-life remains.

Vessel strikes continue to pose a real and imminent threat to local whale populations, according to the Pacific Whale Foundation.

Vessel strikes are common, especially in areas where shipping routes overlap with whale habitats. Yet the strikes are often underreported or even unnoticed. The magnitude of their impacts is unknown and difficult to study.

To reduce vessel strikes, BCWhales encourages boaters to be aware of local laws and best practices.

"(Moon’s) situation, a probable vessel strike leading to a fatal injury, highlights the impact that humans can have on whales and the urgent need for added protections so this does not continue happening," Currie said.