The LAPD is investigating the crash as a hit-and-run.

LOS ANGELES - A toddler has died from his injuries after a hit-and-run driver caused a crash that injured multiple pedestrians in North Hills Sunday morning, police said.

The Los Angeles Police Department responded to the crash around 7:35 a.m. near the intersection of West Nordhoff Street and Langdon Ave.

"He deserved the world," his heartbroken mother, Ana Morales, told FOX 11. "I just want to say thank you to everyone that’s been supporting my family and I during this tragedy. It’s so surreal, I thought I was living this nightmare and I’ve just been wanting to wake up. And it breaks my heart because I’ll never get to see my little boy again. But I feel like God works in mysterious ways. I know he’s watching over me."

‘He deserved the world’: Heartbroken mother speaks after losing son in hit-and-run crash

Shortly after he was born, Sebastian fought for 65 days in neonatal intensive care.

"He taught me how much it really means to fight for your life and really want to live," Morales said. "If anyone were to ask to ask me the definition of a warrior, I would say Sebastian." 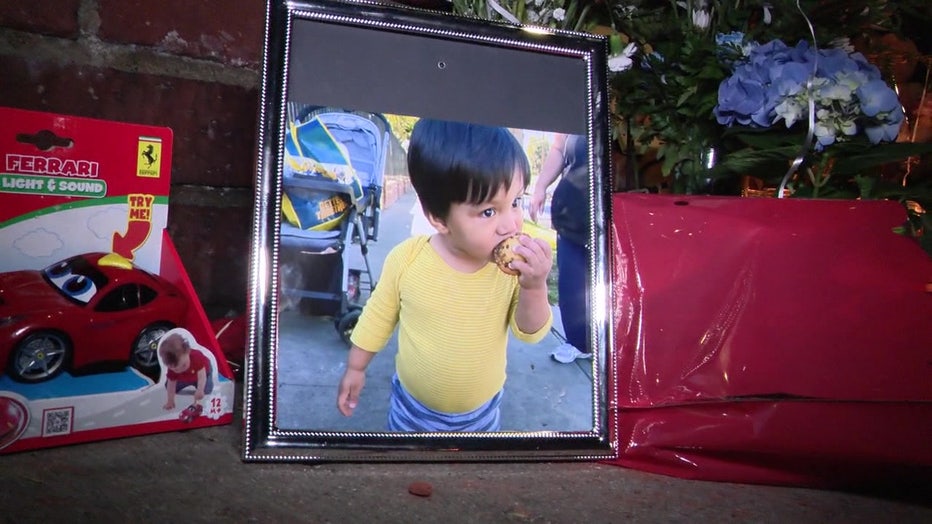 A picture of Sebastian Chavez Morales at the growing memorial at the intersection of West Nordhoff Street and Langdon Ave where he was killed in a hit-and-run crash. (FOX 11)

Police said that a grey Camry was traveling eastbound on West Nordhoff Street as the driver of a Honda HRV was making a left turn onto that street from Langdon Ave. The Camry collided with the Honda, causing the driver of the Honda to lose control and strike multiple pedestrians on the sidewalk.

The driver of the grey Camry, who police say was at fault in the initial crash, fled the scene.

No suspect description was immediately available.

The LAPD is investigating the crash as a hit-and-run.

A GoFundMe page has been set up for the young victim.