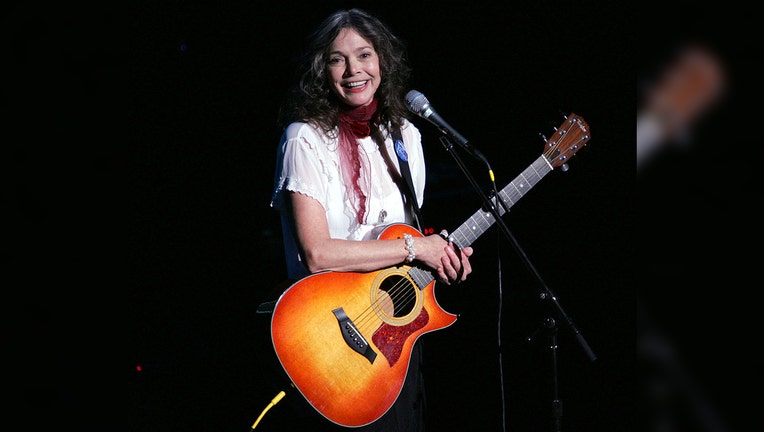 NASHVILLE, Tenn. (AP) - Nanci Griffith, the Grammy-winning folk singer-songwriter from Texas whose literary songs like "Love at the Five and Dime" celebrated the South, has died. She was 68.

Her management company, Gold Mountain Entertainment, said Griffith died Friday but did not provide a cause of death.

"It was Nanci’s wish that no further formal statement or press release happen for a week following her passing," Gold Mountain Entertainment said in a statement.

Griffith worked closely with other folk singers, helping the early careers of artists like Lyle Lovett and Emmylou Harris. She had a high-pitched voice, and her singing was effortlessly smooth with a twangy Texas accent as she sang about Dust Bowl farmers and empty Woolworth general stores.

Griffith was also known for her recording of "From a Distance," which would later become a well-known Bette Midler tune. The song appeared on Griffith’s first major label release, "Lone Star State of Mind" in 1987.

In 2008, Griffith won the Lifetime Achievement Trailblazer Award from the Americana Music Association.

Country singer Suzy Bogguss, who had a Top 10 hit with Griffith’s song "Outbound Plane," posted a remembrance to her friend on Instagram.

"I feel blessed to have many memories of our times together along with most everything she ever recorded. I’m going to spend the day reveling in the articulate masterful legacy she’s left us," Bogguss wrote.

Darius Rucker called Griffith one of his idols and why he moved to Nashville.

"Singing with her was my favorite things to do," he wrote on Twitter.

Keeping in line with the tradition of folk music, Griffith often wrote social commentary into her songs, such as the anti-racist ode "It’s a Hard Life Wherever You Go," and the economic impact on rural farmers in the 1980s on "Trouble in the Fields."

"I wrote it because my family were farmers in West Texas during the Great Depression," Griffith told the Los Angeles Times in a 1990 interview. "It was written basically as a show of support for my generation of farmers."

Griffith gained many fans in Ireland and Northern Ireland, where she would often tour.