Gov. Newsom promises brighter days ahead in California in State of State address

As he continues to face recall efforts, Governor Gavin Newsom shared his case for Californians that there will be a light at the end of the tunnel in the ongoing COVID-19 pandemic.

LOS ANGELES - As he continues to face recall efforts, Governor Gavin Newsom shared his case for Californians that there will be a light at the end of the tunnel in the ongoing COVID-19 pandemic.

Gov. Newsom delivered his State of the State address at Dodger Stadium Tuesday night. He spoke before a ballpark absent of fans in the stands to symbolize a state COVID-19 death toll -- 54,395 -- that nearly matches Dodger Stadium's seating capacity. In spite of the harrowing statistic, Gov. Newsom is pleading with Californians that things will eventually be better.

"Even as we grieve, let's allow ourselves to dream of brighter days ahead." Gov. Newsom said. "We are California. We don't wait for someone else to show us the way forward. We go first and go boldly." 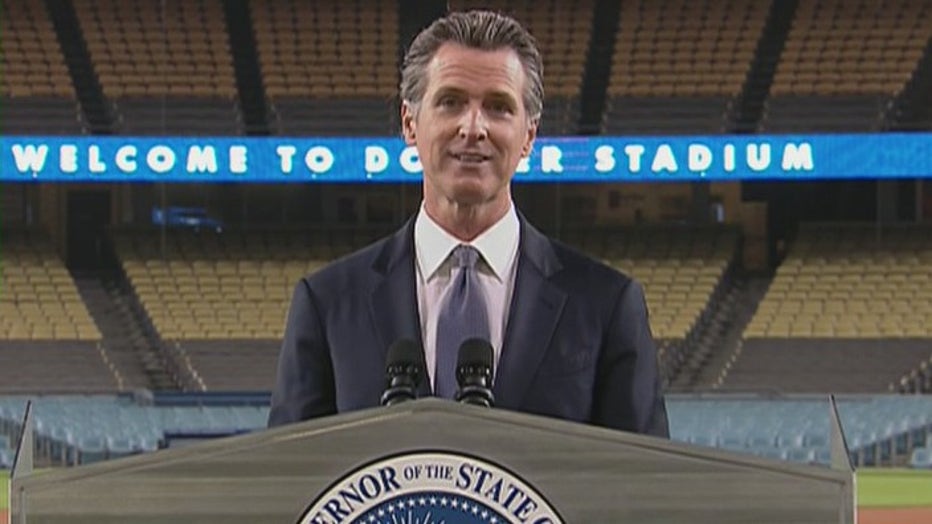 The Governor pointed to the state's push to improve vaccine equity and the fact that California ranks sixth in the world for vaccine distributions, as some of the reasons to trust the process.

Gov. Newsom went on to say that when the pandemic eventually ends, "we're not going back to normal."

"Normal was never good enough. Normal accepts inequity. That's why Latinos are dying from COVID at a higher rate than any other racial or ethnic group. Why mothers have been leaving the workforce in staggering numbers," Gov. Newsom said. "Our eyes are wide open to what's wrong. Our journey back must also be a path to close those inequities."

"There is no economic recovery without economic justice," he added.

Gov. Newsom's state of the state address comes as a group pushing to recall the governor claimed they have collected more than the 1.5 million signatures needed to put a recall question on the ballot.