A hotel owner on break jumped into action and helped a California Highway Patrol officer who was injured in a crash in West Covina.

LOS ANGELES - A hotel owner on a smoke break became a good Samaritan after helping a California Highway Patrol officer who was injured during a crash in West Covina.

Firefighters and paramedics were dispatched just before 2 p.m. Tuesday to the eastbound 10 Freeway at Barranca Street. The CHP officer was stopped on the right shoulder, seated in his patrol vehicle, conducting a traffic stop of a Toyota Corolla at the time of the crash, according to the CHP. 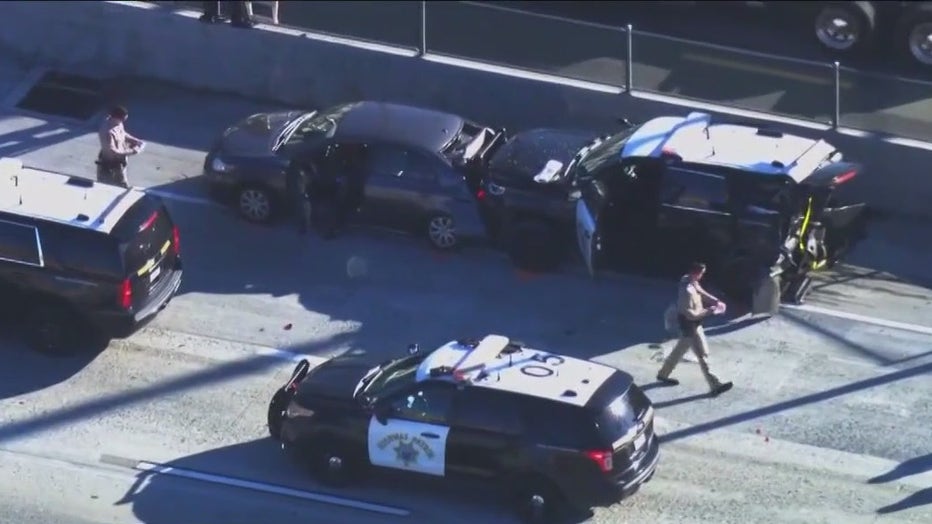 Shiraz Deayal, owner of Days Inn, told FOX 11 that a stranger helped him hop the wall so he could get to the unconscious CHP officer.

"I'm trying to hop it, couldn't hop it and a guy helped me out, do not know who he is, but I was the first one on the scene," Deayal said.

"I pry open his door and I'm trying to see if he's alert or not. I grab his radio and I say ‘officer down, officer down’ and the radio goes silent and they do an all alert and they ask me where I'm at and who I am."

Deayal said he stayed on scene until the officer gained consciousness.

"He was trying to do something I thought he'd never do. He was worried about the people around him and I tell him ‘don’t worry I got you.' I tried to help him out as best I can."

"If it was a regular accident I wouldn't have hopped over the fence but as it was a law enforcement officer I did hop over. The officer's safety is my most concern," Deayal added. 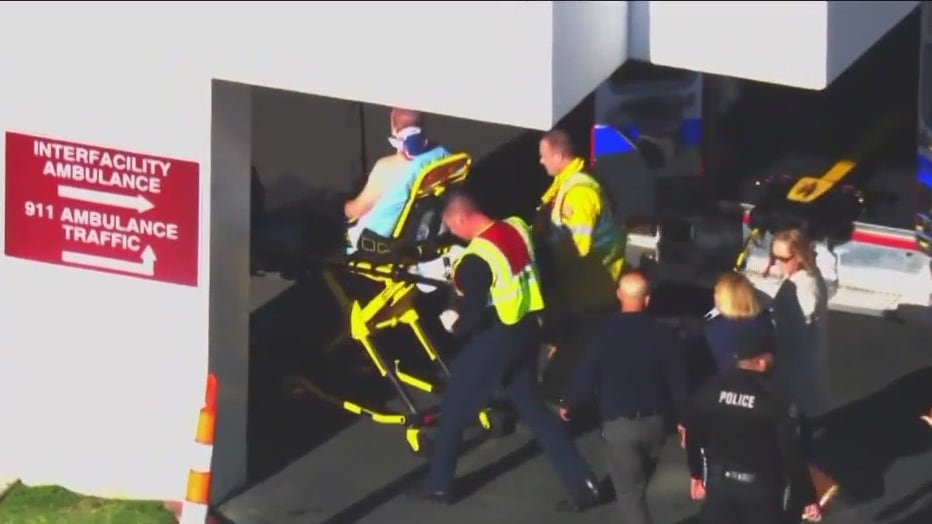 The drivers of the Toyota Tacoma and Toyota Corolla suffered minor injuries and were not taken to a hospital. No arrests were made in connection with the crash.