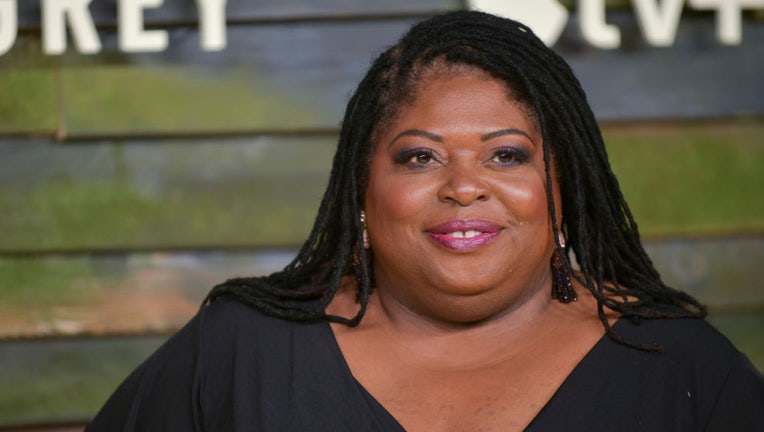 On Tuesday, Valentini took to Twitter to share the news, writing: "I am heartbroken about the loss of the incredible @TheRealSonyaEd. I truly loved her not only as actress, but as a friend. The lights in the hub of the nurse’s station will now be a little dimmer, but her spirit and light will live on in both the show and our set."

"My friend @sonyaeddy passed away last night," Spencer, 52, wrote alongside a photo of Eddy. "The world lost another creative angel. Her legions of @generalhospitalabc fans will miss her."

No cause of death was provided.

"General Hospital" also issued a statement, remembering Eddy as a "fan favorite" and "beloved member" of their family.

"'General Hospital' is sad to confirm the passing of ‘General Hospital’ actress Sonya Eddy, who embodied her character… the tough but compassionate, head nurse, Epiphany Johnson – and immediately became a fan favorite and beloved member of our ‘GH’ family when she joined the show in 2006," the statement obtained by Fox News Digital read.

ROBYN GRIGGS, ‘ANOTHER WORLD’ AND ‘ONE LIFE TO LIVE’ ACTRESS, DEAD AT 49

Valentini added in the statement: "On behalf of the entire GH cast and crew, we send our deepest sympathy to her family, friends and fans. She will be very missed."

The California native also starred on the show's primetime spinoff series "General Hospital: Night Shift" from 2007 to 2008.  Eddy played school secretary Tammy on the TruTv sitcom "Those Who Can't" from 2017 to 2019. She had a recurring role on the ABC sitcom "Fresh Off the Boat" from 2015-2017.

In 2022, Eddy appeared in the movies "Satanic Hispanics," "Frank and Penelope and "V/H/S/99," the Apple+ series "The Last Days of Ptolemy Grey" and the miniseries "This Show Sucks Truth + Consequences."

According to IMDb, Eddy was born in Concord, California, and graduated from UC Davis. She launched her acting career in 1990 when she starred in Ruby Dee's play "Zora, Is My Name!"

She also appeared in productions of William Shakespeare's "The Comedy of Errors," Stephen Sondheim's "Into the Woods" and Rodgers and Hammerstein's "South Pacific."

Eddy's business partner Tyler Ford shared a statement on her passing with Fox News Digital on Tuesday. Ford wrote, "It is with the heaviest heart that I have to announce the sudden passing of my business partner, creative soulmate, and best friend Sonya Eddy.

"She left an indelible imprint in every person that she touched, through the screen and off. In honor of her memory contributions can be made to The Foundation of the National Student Nurses’ Association Inc."