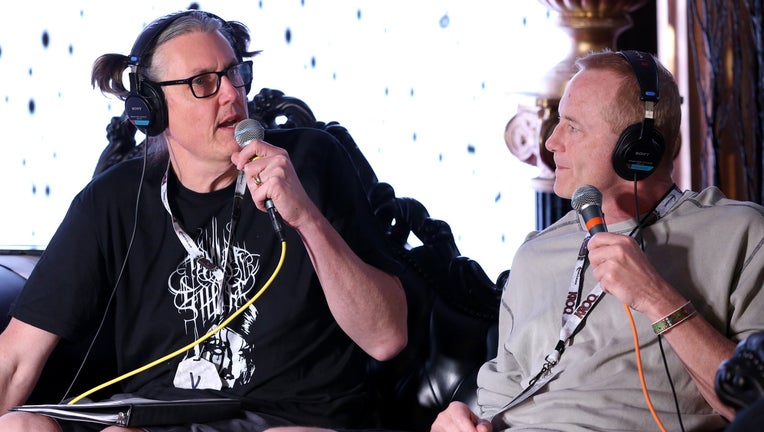 The co-host of the morning show said he will be leaving later this year and moving to England with his wife, Donna.

"We are moving back to my homeland, England. I am a British citizen (too) and have spent many vacations there over the years and it always feels like home," Baxter said in a statement posted online.

Baxter has hosted the show with Kevin Ryder since it launched on January 2, 1990, making it the longest-running a.m. drive show on the air in Southern California. Famous alumni of the show include Jimmy Kimmel, Adam Carolla and Chris Hardwick.

In 2015, "The Kevin & Bean Show" was inducted into the National Association of Broadcasters' Broadcasting Hall of Fame.

Baxter has co-hosted the show remotely from Seattle and New Orleans. In 2018, he took a medical leave of absence and later returned to the show.

The longtime radio host said he "100 percent" plans to continue a radio career in Britain, despite having a "funny accent."

Ryder expressed happiness for his departing co-host on Twitter after the announcement.

"I have been o-v-e-r-w-h-e-l-m-e-d by the love and support from listeners and friends and colleagues via email, texts, and social media this morning since the announcement and while I thank each and every one of you, it's way too early for goodbyes," Baxter said. "We have at least 8 to 10 months left before I go so you'll have plenty of time to regret anything nice you might have typed today."