Fruit vendor killed, another in critical condition after being hit by suspected DUI driver

A woman is behind bars after she is accused of hitting two fruit vendors in Ontario, killing one and seriously hurting the other, while allegedly under the influence.

ONTARIO, Calif. - A woman is behind bars after she is accused of hitting two fruit vendors in Ontario, killing one and seriously hurting the other, while under the influence Monday.

The Ontario Police Department responded to a call on Riverside Drive near Euclid Avenue around 11:15 a.m. Following the officers' arrivals, a fruit vendor was pronounced dead on scene and a second fruit vendor was taken to the hospital. 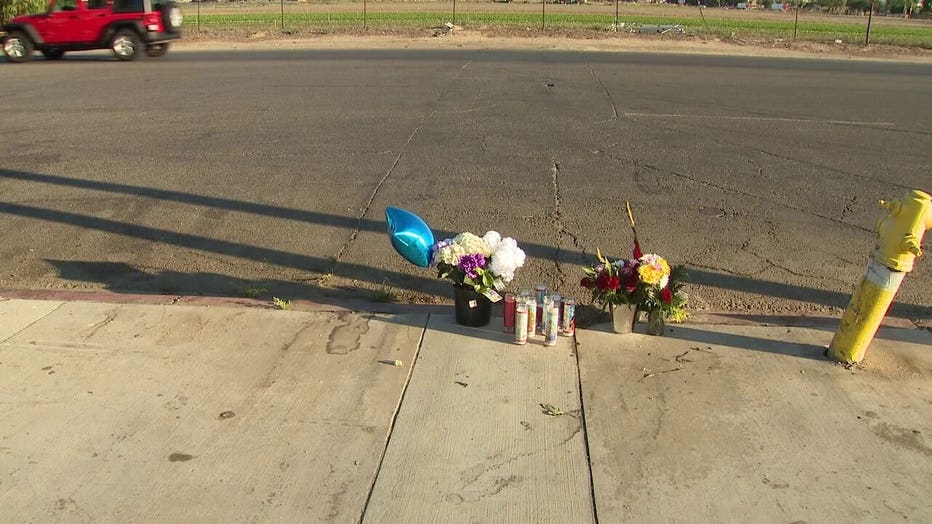 According to Ontario PD, the two fruit vendors were crossing Riverside Drive when the driver, 43-year-old Jessica Dewet, hit both of them and their fruit cart. Dewet is accused of driving under the influence and was charged with felony DUI and gross vehicular manslaughter.

The second fruit vendor is in critical condition, according to police.

Officials have not released the identities of the two fruit vendors.