One man's story: From refugee to US Navy Captain

Captain William Nguyen is a military doctor and flight surgeon who came to America as a child refugee from Vietnam.

As we mark Veterans Day here's the powerful story of one man who stepped up to serve and was just promoted to Captain in the U.S. Navy. William Nguyen is a military doctor and flight surgeon who came to America as a child refugee from Vietnam.

Nguyen went from Commander to Captain at his promotion ceremony in September at Marine Corps Air Station Miramar in San Diego. In attendance were the five siblings and his father, each of whom had escaped Vietnam one by one over the years by fishing boat.

Nguyen says he took up medicine to help people. He's now a flight surgeon and last served aboard the U.S.S. Abraham Lincoln.

From refugee to US Navy Captain and a dad

Meet William Nguyen, a child refugee from Vietnam who overcame all odds and became a Captain in the U.S. Navy.

One by one, each of the five Nguyen children were smuggled out of Communist Vietnam. After arriving at Asian refugee camps they were sponsored to come to the U.S. by Catholic Charities. Nguyen was 12 years old when he arrived in Tucson, Arizona where he lived with foster families.

Nguyen has served in the U.S. Navy for more than 20 years, including in Afghanistan during the war. 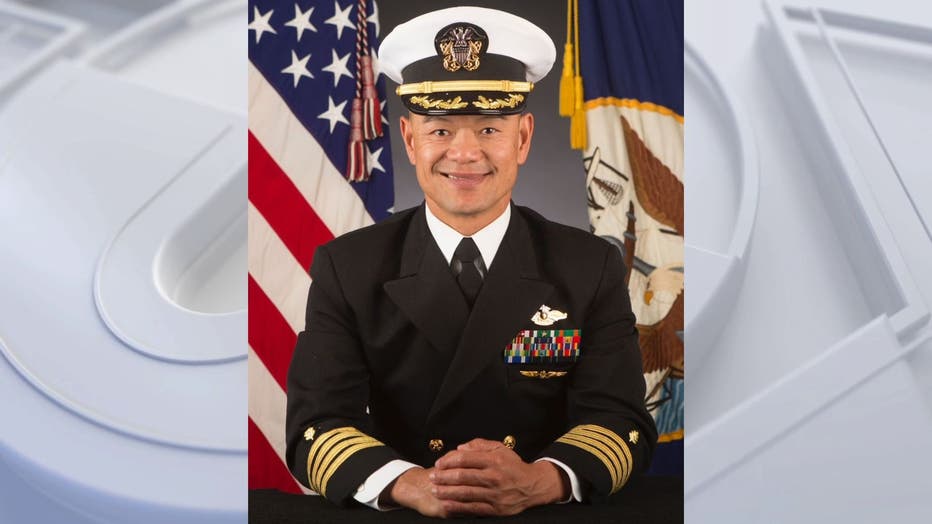 William Nguyen rose from a Vietnam refugee to a U.S. Navy Captain.

Nguyen's father would pin his son at the promotion with Rear Admiral Wayne Baze issuing the oath.