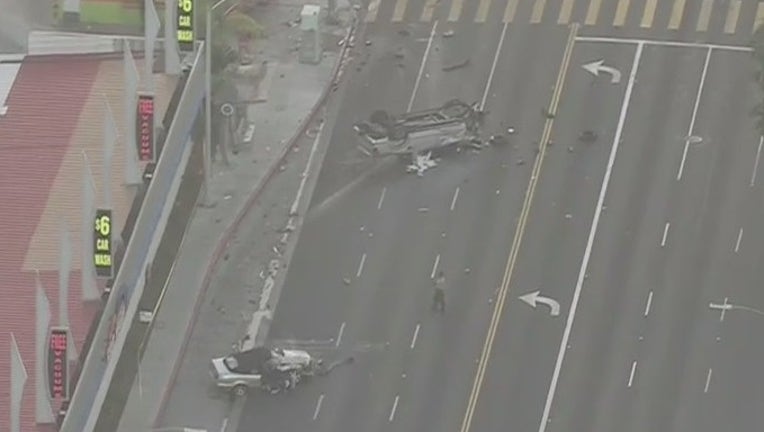 LOS ANGELES - A boy has died at an area hospital due to his injuries sustained in a horrific two-vehicle crash in South Gate earlier this month, officials said.

On Nov. 3 just before 4 p.m., officers with the South Gate Police Department were called to a crash at the intersection of Firestone Boulevard and San Juan Avenue. One of the vehicles overturned and four people were inside.

Three adults and a boy were rushed to an area hospital.

Days later, police confirmed the young victim died at a local hospital. His age and identity have not been released.

SkyFOX was over the scene where a silver car was flipped upside down and a convertible was completely smashed. 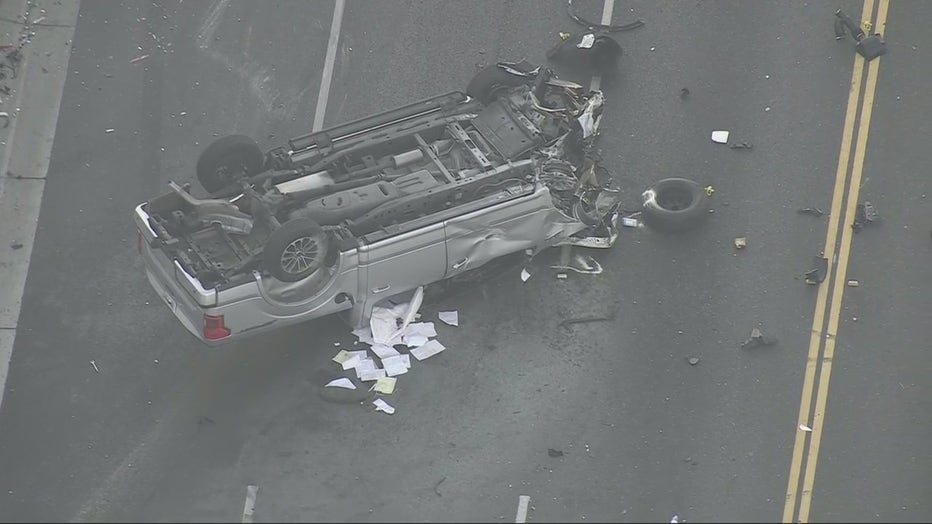 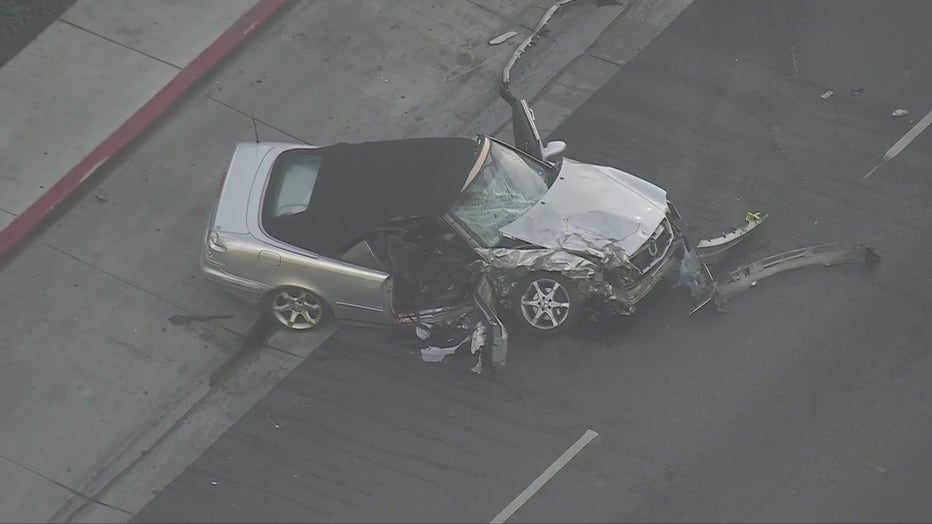 Officials did not specify the conditions of the three adults involved in the crash.

The cause of the crash is under investigation. However, investigators believe speed was a factor.