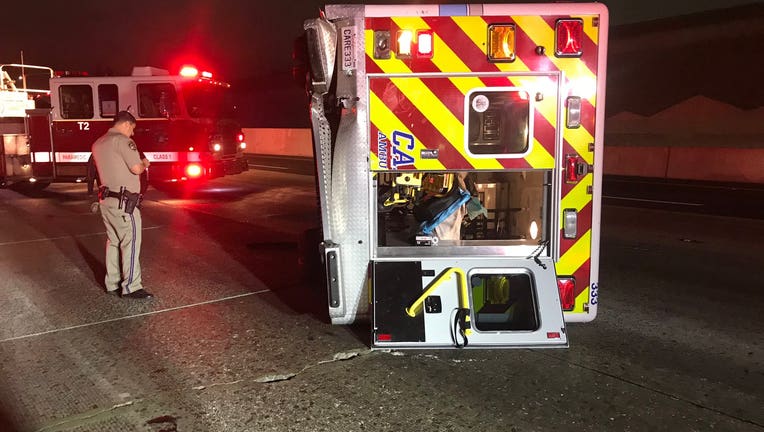 ORANGE COUNTY, Calif. - Four people were taken to the hospital after a hit-and-run collision in Orange County.

The accident happened around 4:30 a.m. on the 91 Freeway near Euclid. The impact of the collision left an ambulance on its side and another car went up in flames. 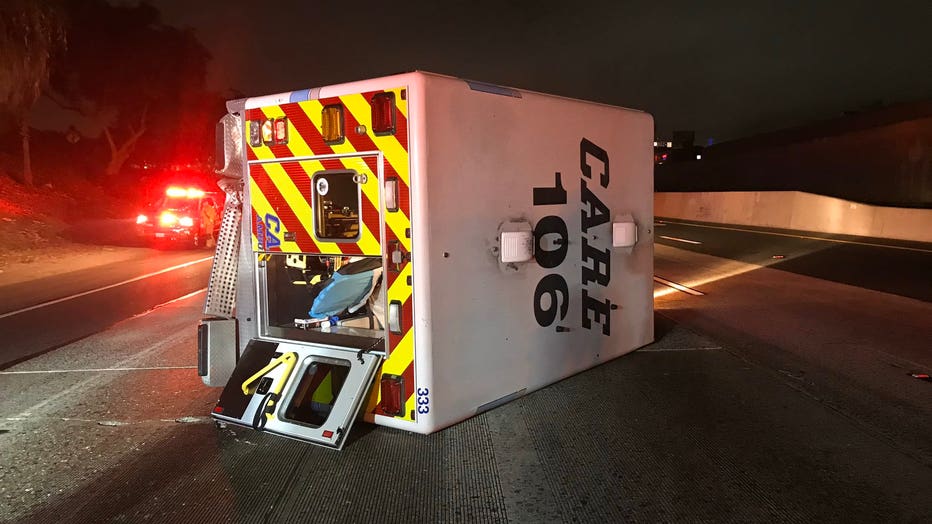 A boy and an occupant from the ambulance were two of the four injured, they were taken to an area hospital with minor injuries, the Orange County Fire Authority reported. The other two injured victims were OCFA paramedics, who also suffered minor injuries.

The California Highway Patrol is investigating crash. Anyone who witnessed the crash is asked to call the CHP at 714-892-4426.