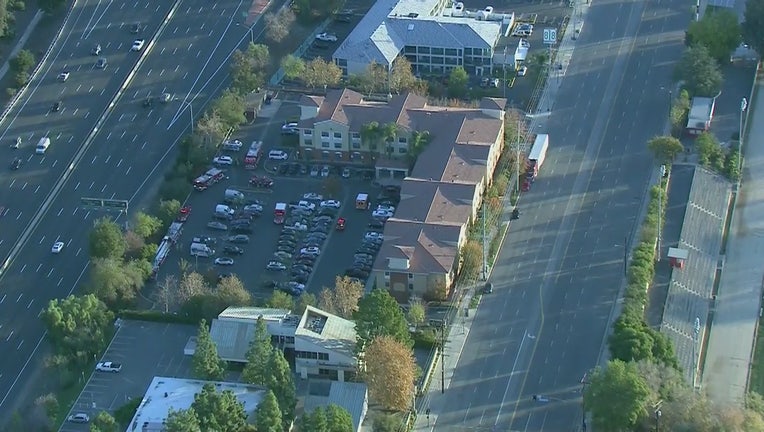 Four people allegedly overdosed on a drug mixed with fentanyl inside a Woodland Hills hotel room on Tuesday afternoon.

The Los Angeles Fire Department received a call involving a medical incident inside a hotel room at Extended Stay America located on the 20200 block of Ventura Boulevard near the intersection of Winnekta Avenue just after 6:45 a.m.

The four victims, who reportedly overdosed while doing drugs laced with fentanyl, were stripped down and placed in hazmat suits before they were taken to a local hospital.

One patient was in grave condition while the three other patients were in stable condition, the LAFD said.

"This product is very powerful. It doesn't take a lot of Fentanyl to cause signs and symptoms of an overdose. We have to treat this delicately at this point...you can ingest it just by breathing it in," LAFD Battalion Chief Andy Wordin said.

A Hazmat team was at the scene.

One person was in grave condition and three others were stable following possible powder Fentanyl exposure at a Woodland Hills hotel.

Officials closed off the room and evacuated the adjacent rooms. In addition, a shelter in place was in effect at the property.