SANTA ROSA BEACH, Fla. - A Florida man was recovering on Tuesday after he contracted a flesh-eating bacteria on Friday that rapidly spread across one of his arms.

Tyler "TK" King, of Santa Rosa Beach, was going about "an average day," when he was infected with the bacteria called Vibrio Vulnificus, he wrote in a viral Facebook post that included pictures of his large rash.

"I had my morning smoothie and did some light exercise. I made my way down to an area on 30A to do a photoshoot," he said. "We started with a short paddle across a dune lake to get some cool pictures. I NEVER got into the water."

He said after returning to the dock, he went on an electric bike ride down the 30A bike path and through a local state park.

"Halfway thru the bike ride I started to experience a little discomfort in my left arm. Upon returning to where we started, my arm was starting to get pretty sore," he said. "About 30min later, I noticed my arm was getting pretty swollen and was starting to change color."

King said at this point, his arm started to look "pretty bad."

"A good friend of mine marked the parameters of the rash with an ink pen so I could track how quickly it was spreading," he said. "I immediately left to get some Benadryl from the local Publix before heading home to rest it off. Benadryl knocks me out big time so I was immediately out before waking up 2 hours later to find that the rash and swelling had nearly tripled in size."

King said his arm had looked like a "red marshmallow." The rapid growth of the rash prompted him to go to the emergency room.

He said he was then discharged with four prescriptions and "lots of literature on the bacteria."

Now, the swelling is mostly gone as well as the rash, but King said the pain in his arm still hasn't subsided. He said he is expected to recover in about one to two weeks.

"The infection from the bacteria did not reach the point of it causing Necrotising Fascitiitis and actually destroying my muscle tissue and arm only because I acted quickly on getting medical treatment," he said. "As quickly as it was spreading, only half a day or so more could have made some serious life altering changes to my body," King wrote.

"My BIGGEST reason for sharing this story is to shed some light on how I was infected. As a local paddle guide and adventure enthusiast, I am always in the water. This day, or the days leading up to it, I was not," King said.

He said he doesn't know the cause for his infection, adding that he also did not have any scrapes, cuts or open wounds that day.

"I DID NOT have any open wounds, NOR did I swim in any water that day. It is 100% unknown as to why or how I was infected, but I was infected none the less," he said.

He said the entire encounter with the infection has been "a very humbling experience and a good learning experience."

"It's kind of been a little bit of a blessing in disguise, in the way that it's given me an opportunity to kind of spread awareness and bring people together to help educate everyone on you can avoid these sort of situations," he said.

King said he picked up some hand sanitizer on the way home Tuesday, so he's going to be using that more. 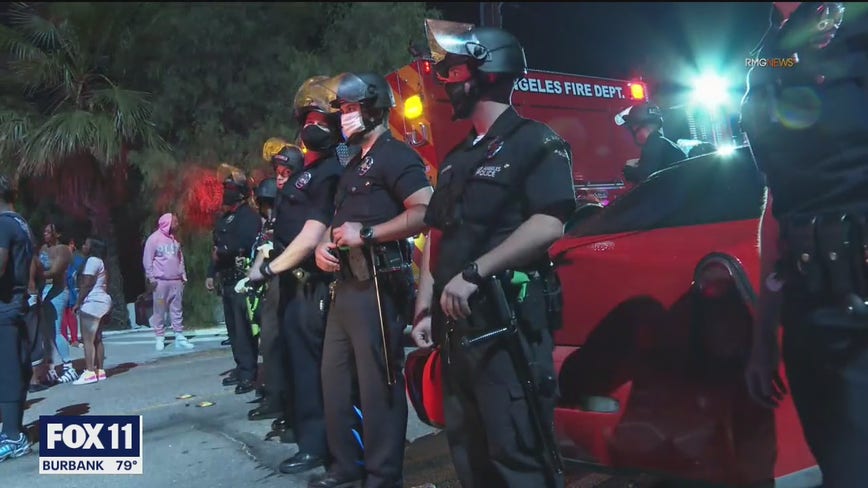