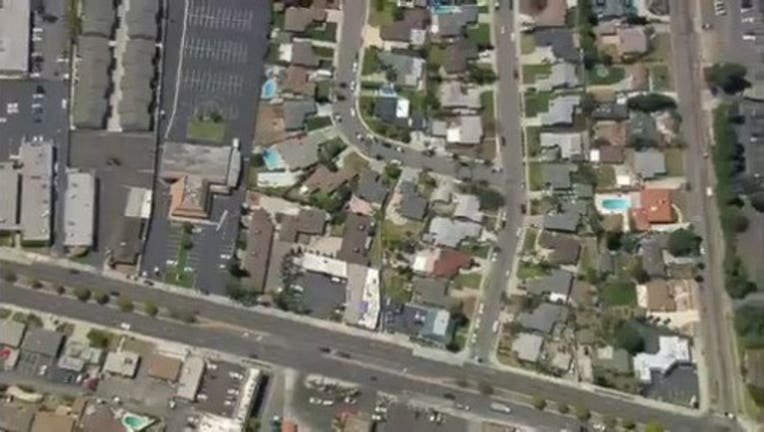 Anaheim police Sgt. Daron Wyatt said the officer initially reported around 11:40 a.m. that he was chasing a suspect for unknown reasons in the 300 block of North State College Blvd.

A short time later, the officer radioed that he had been the victim of an assault with a deadly weapon and had shot at the suspect, Wyatt said.

The suspect fled into the neighborhood, prompting a warning for residents to shelter in place and forcing a lockdown at Sycamore Junior High School.

Shortly before 1 p.m., the suspect was detained by police, and officers determined he had not been struck by gunfire.

It was unclear if the officer who opened fire suffered any injuries.