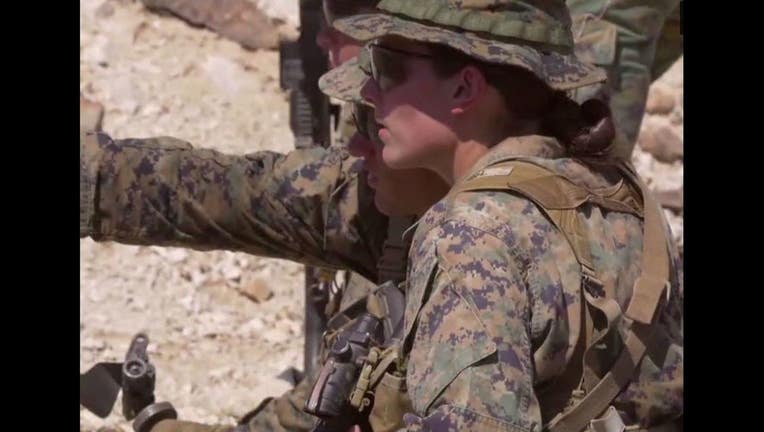 (FOX 11) - A female Marine has made history and now she is stationed at Camp Pendleton.

The woman graduated from the grueling Infantry Officer Course at Quantico, Virginia.

The lieutenant asked not to be identified.

The 13-week course is considered one of the toughest in the U.S. military.

The Marine Corps Times reported that 36 other women have attempted the feat before but did not make it through.

She is the first woman to graduate since the Marines opened all front-line combat jobs to women last year.

The lieutenant has been assigned to the First Marine Division at Camp Pendleton and she began her new job on Monday.