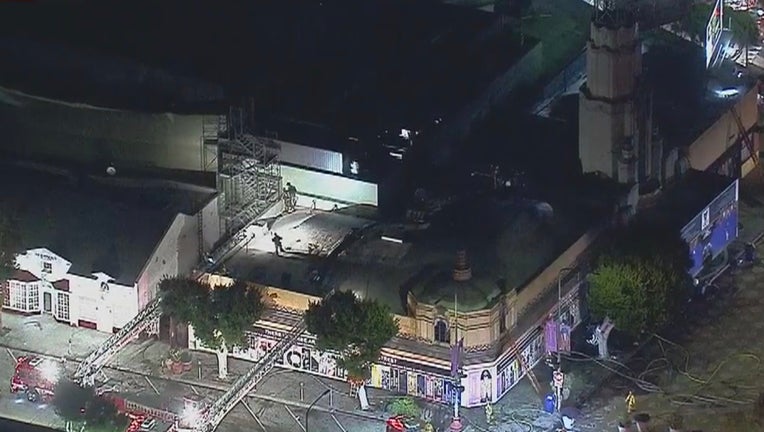 The greater alarm fire was reported at 4:35 a.m. at a vacant business next to the Vision Theatre and Manchester Youth Arts Center located in the 4400 block of South Leimert Boulevard, the Los Angeles Fire Department said.

The Art Deco, Spanish-style theatre was built in 1931.

The fire was knocked down in 25 minutes by 105 firefighters, LAFD said. The swift actions of the firefighters helped save the landmark.

Actress Marla Gibbs purchased the theatre in 1990, according to the theater's website.