The shocking video of the firenado swirling around the forest as firefighters worked on extinguishing the blaze.

A California firefighter captured footage of a large fire tornado while he was battling the Beckwourth Complex Fire at Plumas National Forest on July 11.

According to Kin, a fire tornado occurs when "currents of hot air generated by the fire flow upward, and air rushes in from the sides, causing a horizontal wind. Air converges from all directions into the location of the updraft, and sometimes wind flowing in different directions enters the mix" and forms a tornado vortex.

Firefighter, Dean Soria, took the shocking video of the firenado swirling around the forest as he and his crewmates worked on extinguishing the blaze.

Soria said that "erratic winds" blowing from the south threw embers in every direction, causing the firenado to spark in a flat area of steep drainage. He said he saw multiple other fire tornados throughout the night. 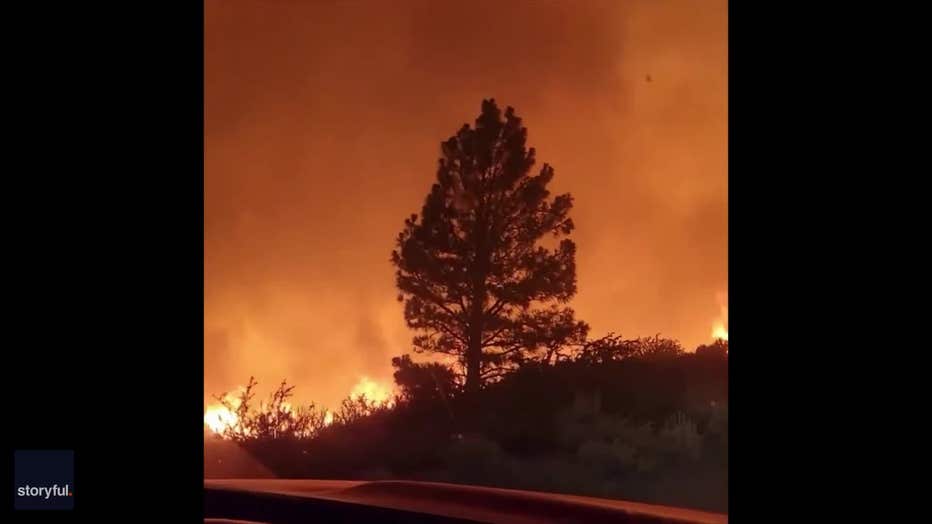 A California firefighter captured footage of a large fire tornado while he was battling the Beckwourth Complex Fire. (Dean Soria)

The Beckwourth Complex fire continues to burn near Doyle, California and has grown over 105,000 acres. As of July 30, 98% of the fire has been contained and firefighters are now shifting its focus on the Dixie Fire just miles away.

The Dixie fire remains only 23% contained and has raged through over 240,590 acres in Butte and Plumas counties.

The two California fires are a part of several other western state fires blazing across the United States and Canada.