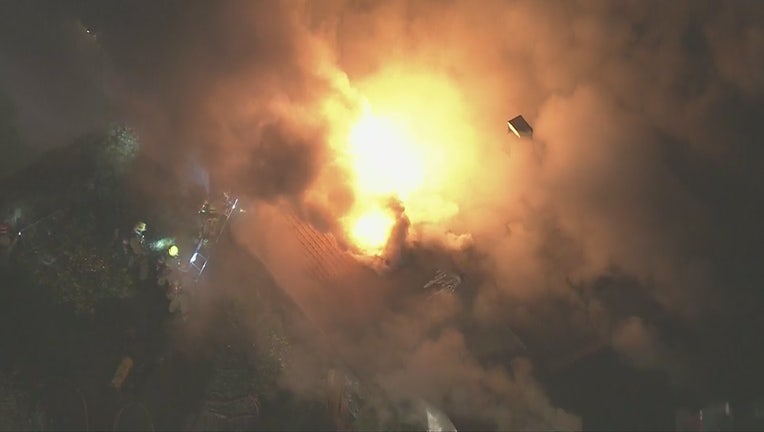 BURBANK, Calif. - Firefighters batted a large blaze that broke out at a home in the 1200 block of S. Lake Street in Burbank Thursday night.

Flames were seen shooting out from the home's roof before flaring out through the side of the house.

No injuries have been reported. It was not immediately known if anyone was inside the home at the time of the fire or if any evacuation orders for the surrounding areas were issued.