Fire breaks out at vacant home in Hollywood

HOLLYWOOD, Calif. - A fire broke out at a vacant house in Hollywood on Friday morning.

Firefighters with the Los Angeles Fire Department responded to the 1200 block of North Bronson Avenue around 9:08 a.m. 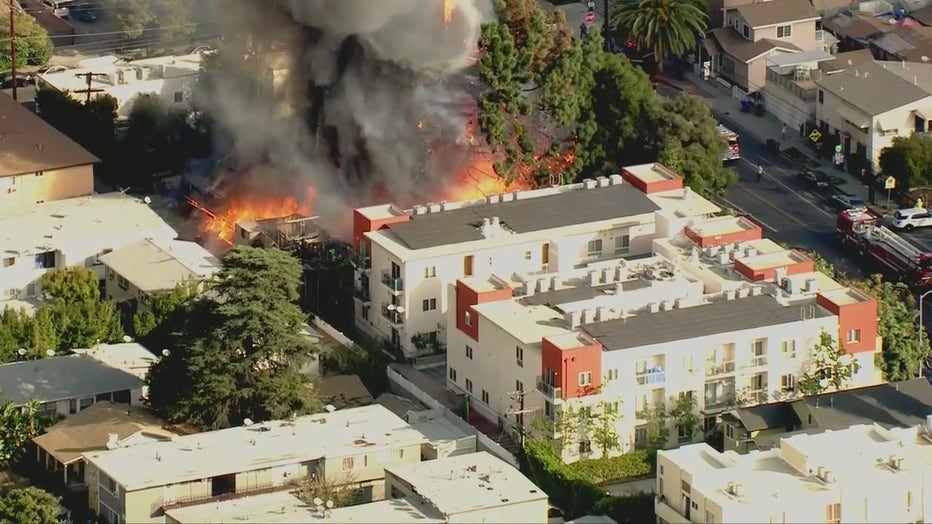 Video from SkyFOX showed the vacant home fully engulfed in flames. The blaze tore through the roof of the building and threatened nearby structures, fire officials said.

Crews worked to prevent the flames from spreading to nearby residences, the LAFD reported.

No injuries were immediately reported.

It was unclear what caused the fire.