According to the Los Angeles Police Department, school police requested backup from LAPD after numerous fights broke out on the campus, located at 7676 San Pedro Street.

A campus erupts in violence and law enforcement show up in force! This all happening today at Fremont High School. The violence prompting a school lockdown and massive police response.

Hundreds of students were seen outside the school building. It was not immediately clear what sparked the unrest. The students reportedly began throwing items such as rocks and bottles at the officers as they attempted to return order to the school. 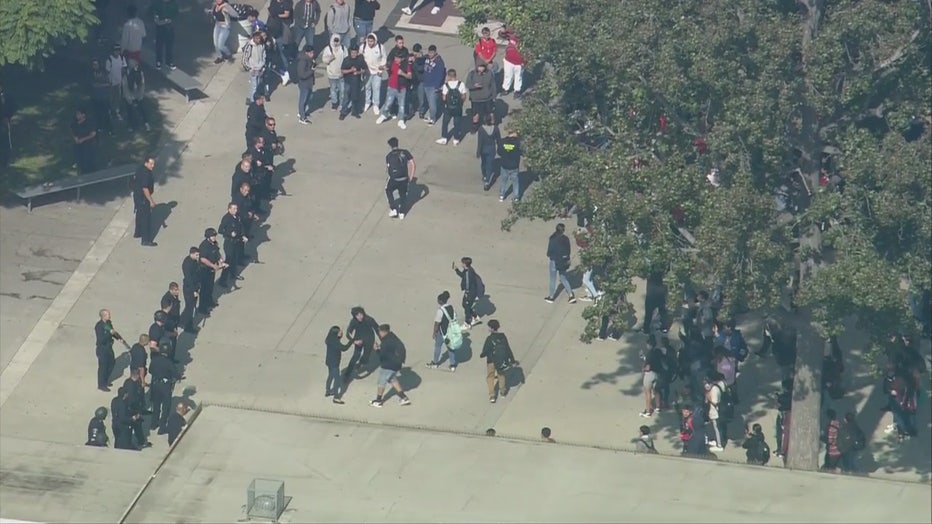 The lockdown was lifted around 12:11 p.m. Tuesday after authorities were able to get students back into their classrooms.

One student was taken to a hospital with a minor injury.

Eight students were detained and eventually released to their parents.