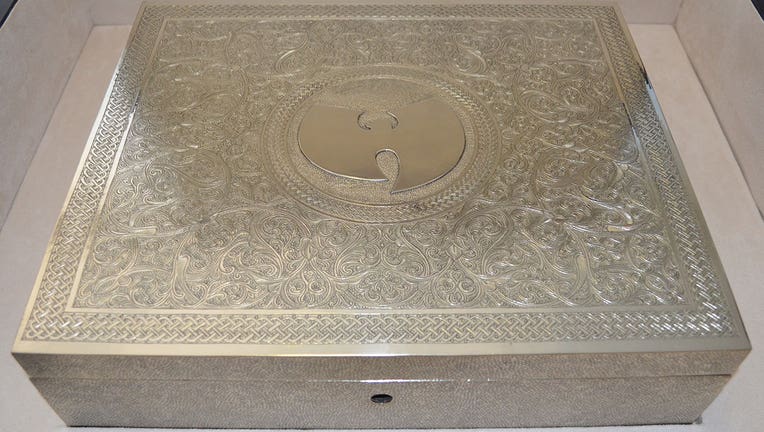 NEW YORK - The federal government has sold the sole copy of the Wu-Tang Clan album "Once Upon a Time in Shaolin" which was forfeited by Martin Shkreli.

The former pharmaceutical executive agreed to give up the album as part of his fraud conviction case.

Shkreli was thrust into the spotlight when he hiked the price of an obscure lifesaving drug called Daraprim some 5,000% from $13.50 a pill to $750.

On December 17, 2015, federal agents arrested Shkreli, accusing him of securities fraud in connection with an entirely different drug company and hedge fund he was involved with. He claimed that the arrest was driven by negative publicity but he was later convicted.

When he was sentenced in March 2018, he was ordered to pay a $7.4 million judgment.  The proceeds from the sale of the album will be applied to satisfy the outstanding balance, according to the Department of Justice.

The contract of sale contains a confidentiality provision that protects information relating to the buyer and price.

Steve Lacy got an exclusive interview with the so-called 'Pharma Bro'.

He earned the nickname "pharma bro" for his brash style.

Following a six-week trial in federal court in Brooklyn, Shkreli was convicted in August 2017 of two counts of securities fraud and one count of securities fraud conspiracy for orchestrating a series of schemes to defraud investors in the hedge funds and to manipulate the price and trading volume of Retrophin’s stock.

A federal judge sentenced Shkreli to seven years, to be followed by three years of supervised release, and ordered him to pay restitution and a fine.

The judge ordered Shkreli to forfeit the album and other assets to pay the judgment.

When Shkreli purchased the album in 2015, it was marketed as "both a work of art and an audio artifact."

The album includes a hand-carved nickel-silver box as well as a leather-bound manuscript containing lyrics and a certificate of authenticity.