The 13-count federal indictment charges the defendants with offenses tied to narcotics and money laundering. Twelve of them are in custody and expected to be arraigned in federal court in Santa Ana on Tuesday.  The remaining seven are being sought.

Authorities say the suspects operated a heroin ring between March 2017 and this April in Orange County by obtaining the drugs from suppliers in the U.S. and Mexico. Drug mules brought the heroin, sometimes concealed in their bodies, to Southern California.

FBI announces charges against 19 in heroin dealing conspiracy in OC

Federal indictments were unsealed Tuesday against 19 defendants accused in a heroin distribution and money laundering conspiracy in Orange County.

At one point, a defendant didn’t mention that one of the call centers was closing early, even though more heroin was needed that day for customers.

The suspects also are accused of depositing the money in different bank accounts to avoid federal reporting requirements, an offense that dates to 2013, officials said.

Several other defendants were involved in delivering the narcotic to buyers and collecting money in exchange for a cut of the profits or heroin, the indictment alleged.

Martinez allegedly obtained the heroin from Roberto Romero Sanchez in Mexico and Victor Romero in the United States. The conspiracy allegedly involved couriers to sneak the drug from Mexico to Orange County. 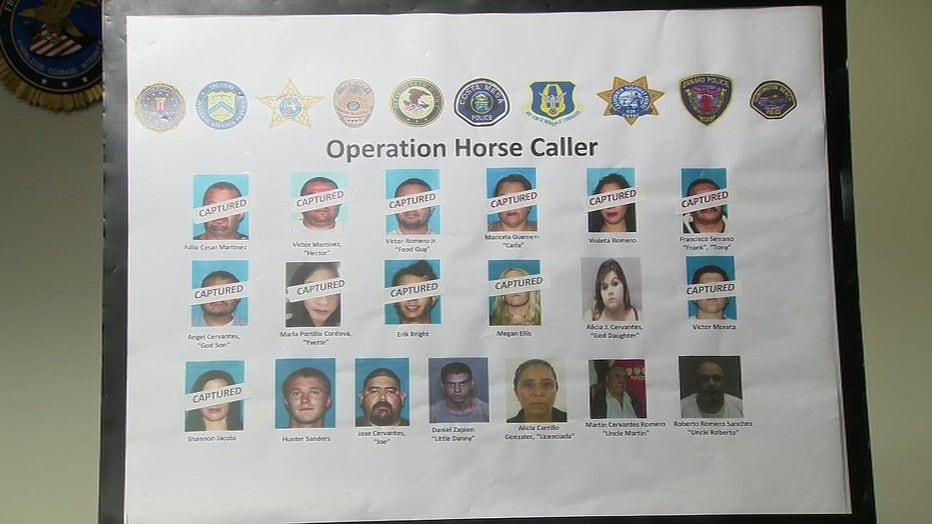 The Associated Press and CNS contributed to this report.