Dr. Anthony Fauci received the first dose of the Moderna COVID-19 vaccine on Dec. 22, stating he hopes it serves as a symbol to Americans about the shot's safety and efficacy.

WASHINGTON - The U.S. Food and Drug Administration weighed in Monday on the idea of administering Moderna coronavirus vaccines in half-doses in a bid to distribute the shot wider across the population, saying it has determined that any changes to the agency’s approved dosing of the vaccine would be "premature."

"We have been following the discussions and news reports about reducing the number of doses, extending the length of time between doses, changing the dose (half-dose), or mixing and matching vaccines in order to immunize more people against COVID-19. These are all reasonable questions to consider and evaluate in clinical trials," the FDA said in a statement on Monday.

"However, at this time, suggesting changes to the FDA-authorized dosing or schedules of these vaccines is premature and not rooted solidly in the available evidence. Without appropriate data supporting such changes in vaccine administration, we run a significant risk of placing public health at risk, undermining the historic vaccination efforts to protect the population from COVID-19." 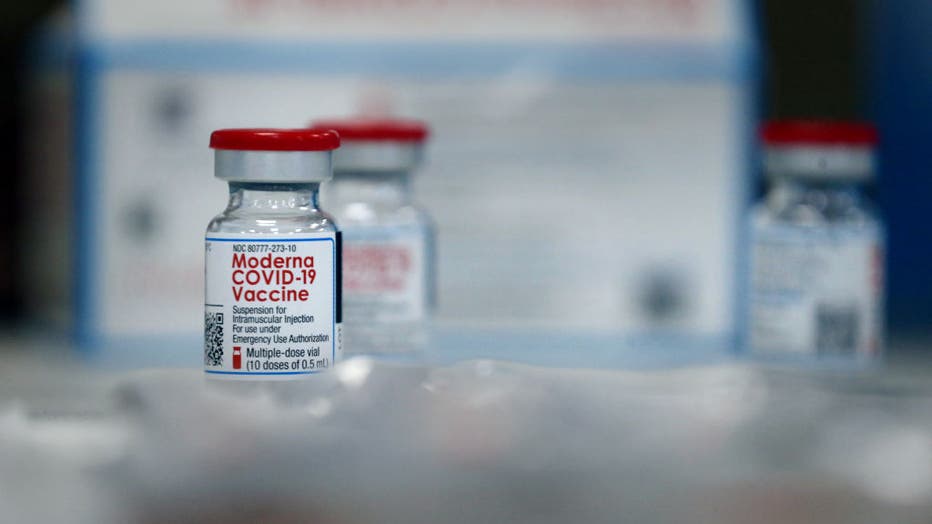 The agency’s comment on the possibility of expanding the vaccine’s distribution by cutting the dosage in half came after recent comments on the subject from Dr. Moncef Slaoui, the chief operating officer for the White House’s Operation Warp Speed.

Slaoui told CBS’ Margaret Brennan on Sunday that halving the dose volume in vaccines administered to those aged 18 to 55 translates to an "identical immune response" to the full, 100-microgram dose.

Such a change to the vaccination plan would inoculate twice the amount of people, Slaoui said, calling it a "more responsible approach based on facts and data."

"We are in discussion with Moderna and with the FDA, of course ultimately it will be an FDA decision to accelerate injecting half the volume," he continued.

Slaoui’s comments surfaced after he was pressed to detail how the federal government is taking action to help states actually administer doses of the COVID-19 vaccines to Americans, a slow effort plagued with logistical hurdles like strained staffing and funding.

A former FDA head later agreed that tweaking the dosing would speed up vaccination efforts.

By Monday morning, the federal government had distributed at least 13 million doses, and over 4.2 million vaccines had been given in the U.S., according to figures from the Centers for Disease Control and Prevention. Officials have said there are likely lags in reporting, however.

While U.K. officials are backing a decision to space out inoculations by 12 weeks between the first and second dose, Slaoui and Dr. Anthony Fauci, the nation's leading infectious disease expert, have dismissed this approach.

"I think it’s not reasonable, when vaccines have been developed with two doses given 21 days apart, or 28 days apart and where we have the data on their safety and their efficacy," Slaoui said. "We have no data on one dose if we leave people a month, two months, three months with maybe incomplete immunity, waning immunity, maybe even the wrong kind of immune response induced that is then corrected by a second dose."

While Americans appear to be gaining trust in the vaccine, tampering with the process may threaten to undo that newly gained trust.

The FDA, at least for now, appears committed to the currently approved dosage, saying, "Using a single dose regimen and/or administering less than the dose studied in the clinical trials without understanding the nature of the depth and duration of protection that it provides is concerning, as there is some indication that the depth of the immune response is associated with the duration of protection provided."

FOX News and the Associated Press contributed to this report.