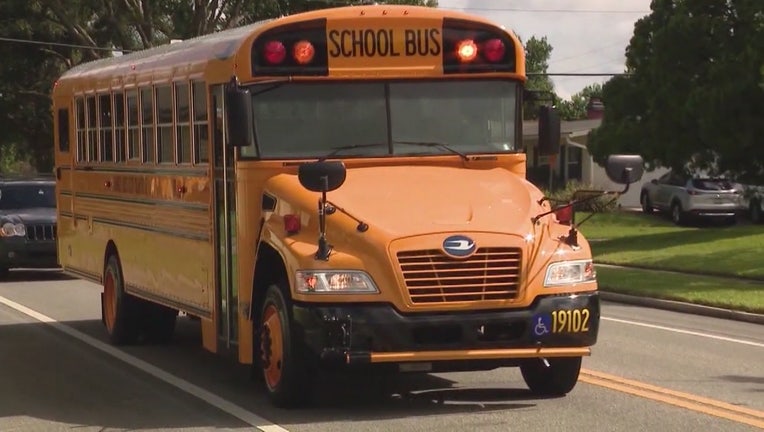 LOS ANGELES - The vote was too close to call Tuesday night for the only statewide measure on California’s primary ballot: a $15 billion bond to repair and modernize aging schools, many of which are more than a half-century old and have issues ranging from leaky roofs and old wiring to toxic mold.

With about half the state’s votes counted, the measure was losing 57% to 43%. However, the margin could tighten as votes roll in from heavily Democratic Los Angeles County, where the measure was expected to have strong support.

"We’re watching the numbers and staying positive," said Democratic Assemblyman Patrick O’Donnell of Long Beach, who co-authored the bill that put the bond on the ballot.

Some $9 billion from Prop. 13 would go to K-12 schools, with priority given to addressing health and safety concerns such as removing asbestos and eliminating lead from drinking water.

Of that, $5.8 billion would go to updating school facilities, followed by $2.8 billion for new construction and $500 million each for charter schools and facilities for technical education.

The borrowed money does come with a price tag: taxpayers would owe an estimated $11 billion in interest over the next 35 years, according to the nonpartisan Legislative Analyst’s Office.

"What is it saying to our students that our classrooms still have asbestos in them? Kids pick up on whether or not people care about the place they walk into every day," O’Donnell said.

O’Donnell, a former teacher, said the measure aims to bridge the disparity in California schools. For example, there’s asbestos in the scuffed flooring at Lake Elementary in San Pablo, as well as in the insulation around the school’s hulking old steel furnace, said Tony Wold, associate superintendent for the West Contra Costa Unified School District. The school was built in 1957.

"The heating system is literally held together by duct tape. Exposed wires are taped together across the hallway ceilings," Wold told The Associated Press during a January tour of the school a half-hour drive northeast of San Francisco. “The roofs are dropping and need repairs. Is this the safest environment for students?”

Many school districts, like West Contra Costa, say they do not receive adequate state funding to make repairs and fully modernize their buildings, leading to a Band-Aid approach of periodic repairs and deferred maintenance.

The measure also would put an end to the first-come, first-served process of allocating funds that critics say has favored richer districts, which often have special staff or can hire consultants to focus on funding applications. The new system would set aside 10% of state money for districts with fewer than 2,500 students and give up to 5% more state matching money to low-income districts.

The new rules would create criteria that ensure more disadvantaged school districts get priority, said Democratic Sen. Steve Glazer of Orinda, one of the architects of the plan.

The proposition would also allocate $6 billion for higher education, which last benefited from a statewide bond measure in 2006. The funding would be split evenly, with $2 billion each for community colleges, the California State University system and the University of California system.

According to the Public Policy Institute of California, 70% of California’s 10,000 public schools are 25 years or older, with 10% of them at least 70 years old.

The bond revenue would provide matching funds to school districts that are willing to cover at least 60% of modernization projects and 50% of new construction.

The bond proposal is backed by teachers and firefighters unions, school boards and Democratic state lawmakers.

The main opposition comes from the Howard Jarvis Taxpayers Association, a group named for the man behind the historic Proposition 13 of 1978, which capped annual increases in property tax until a property changes ownership. It was a boon to homeowners but meant billions less for California schools.

Its president, Jon Coupal, said that the main reason the group opposes Prop. 13 is a provision that nearly doubles the limit on what a local school district can borrow, from 1.25% to 2% of assessed property value. He fears that could lead to future tax increases.

"Local school bonds come with a tax increase, unlike statewide bonds," he said. "Why are we talking about going further into debt?"

Since California currently has a budget surplus, the state should fund school facilities itself rather than adding to school districts’ debt, Coupal said.

O’Donnell dismissed those concerns, arguing that now is the time to take advantage of historically low interest rates.

"Bonds are a generally accepted way to finance public facilities that are going to last over the long term," O’Donnell said. "It’s a cheap loan."