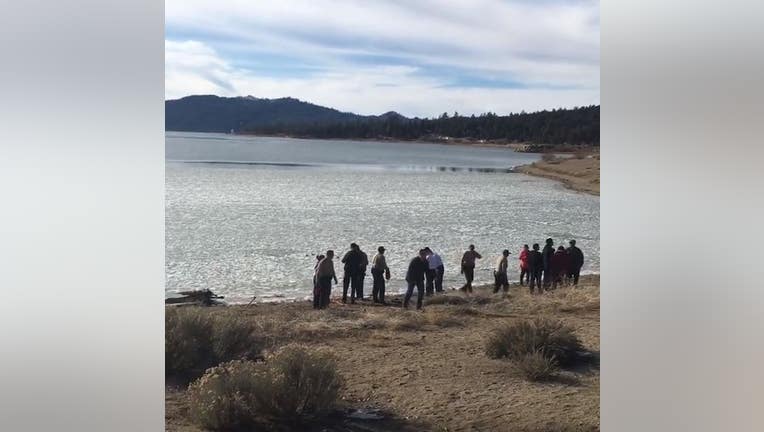 BIG BEAR LAKE, Calif. - A family of three was pulled to safety after falling through an icy lake in Big Bear.

Deputies with the San Bernardino County Sheriff's Office responded to Big Bear Lake around 2:30 p.m. Saturday. Deputies say a father, mother and their child were playing on the frozen lake when they fell through.

According to Jodi Miller with the sheriff’s office deputies on scene threw out a rope and pulled all three to safety within matter of minutes.

Prior to deputies arriving, witnesses say they jumped into action to help rescue the family.

The sheriff’s office says this serves as a reminder for people to stay off the ice, as several signs are posted along the area warning people of the dangers.

The man was issued a citation.