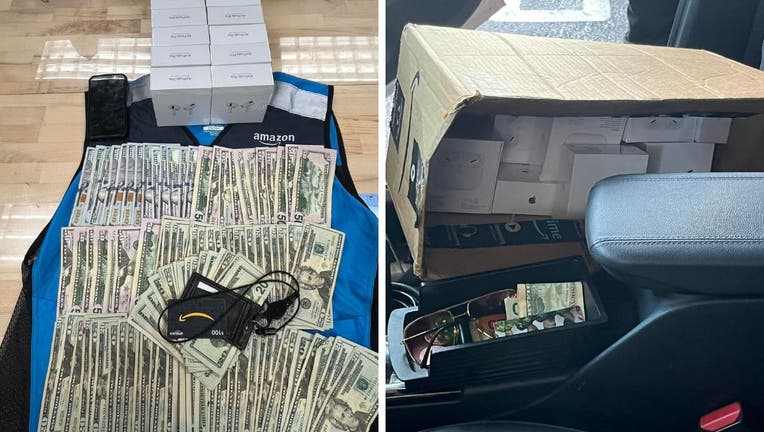 CULVER CITY, Calif. - A man posing as an Amazon delivery driver was arrested in Culver City Wednesday for burglary, according to police.

A woman told police the suspect was trying to sell her stolen merchandise in the mall parking lot.

When an officer conducted a traffic stop on the suspect, he said he was an Amazon employee, police said. The officer recovered 15 boxes of Apple Airpods and over $3,800 in the car.

Police said the Airpods were taken during a burglary in Industry.