One day after Facebook blocked Trump’s account for 24 hours, the social media titan announced it will remain locked indefinitely.

While a pro-Trump mob stormed the U.S. Capitol building amid the Congressional count of the electoral votes, the president posted a video on Twitter and Facebook that reiterated false election fraud claims that had fueled the demonstration at the Capitol.

Both platforms deemed that a violation of their rules, so they began removing posts and locked Trump’s accounts.

Twitter issued a 12-hour block and threatened a permanent ban should violations continue.

Facebook handed down a 24-hour block, but then extended it indefinitely on Thursday. 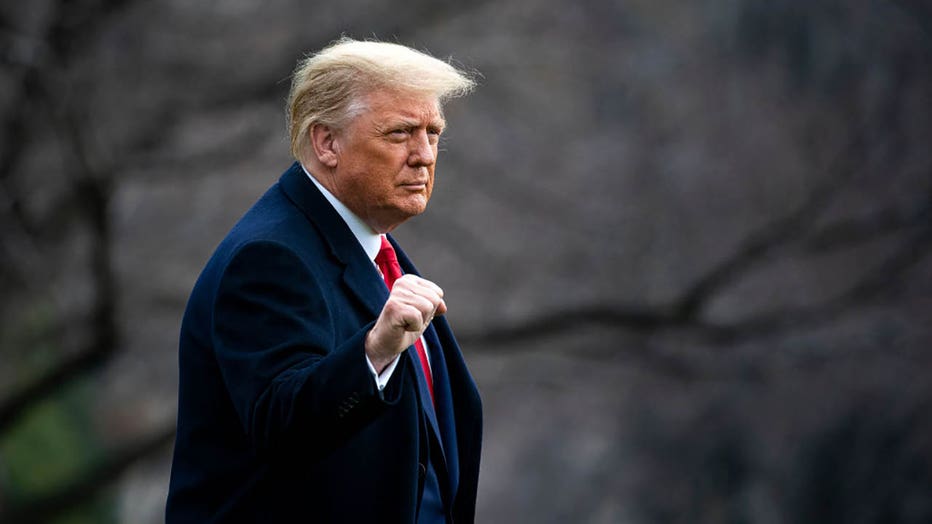 President Donald Trump pumps his fist as he departs on the South Lawn of the White House, on Dec. 12, 2020 in Washington, D.C. (Photo by Al Drago/Getty Images)

"The shocking events of the last 24 hours clearly demonstrate that President Donald Trump intends to use his remaining time in office to undermine the peaceful and lawful transition of power to his elected successor, Joe Biden," Facebook CEO Mark Zuckerberg said in a statement posted Thursday morning.

Zuckerberg says Facebook has, for years, allowed Trump to use its platform consistent with its rules, but has removed content or labeled posts that violate its policy.

Now that Joe Biden’s election has been confirmed by Congress, Zuckerberg believes, "the priority for the whole country must now be to ensure that the remaining 13 days and the days after inauguration pass peacefully and in accordance with established democratic norms."

He said allowing Trump further access during this time poses too great of a risk to that.

"Therefore, we are extending the block we have placed on his Facebook and Instagram accounts indefinitely and for at least the next two weeks until the peaceful transition of power is complete."