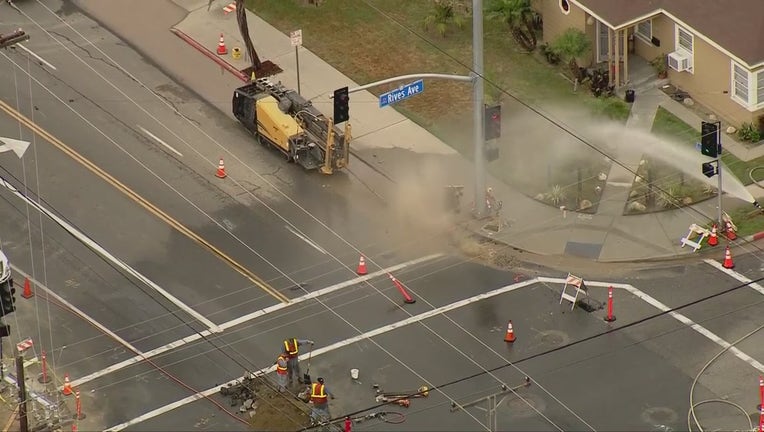 The Downey Fire Department says the broken line has been secured and is no longer leaking gas.

The leak was reported about 10:35 a.m. Thursday when Southern California Gas Company crews were alerted to a natural gas line that was apparently damaged by a third-party contractor in the area of 7800 Stewart and Gray Road near Rives Avenue, according to a SoCalGas statement. 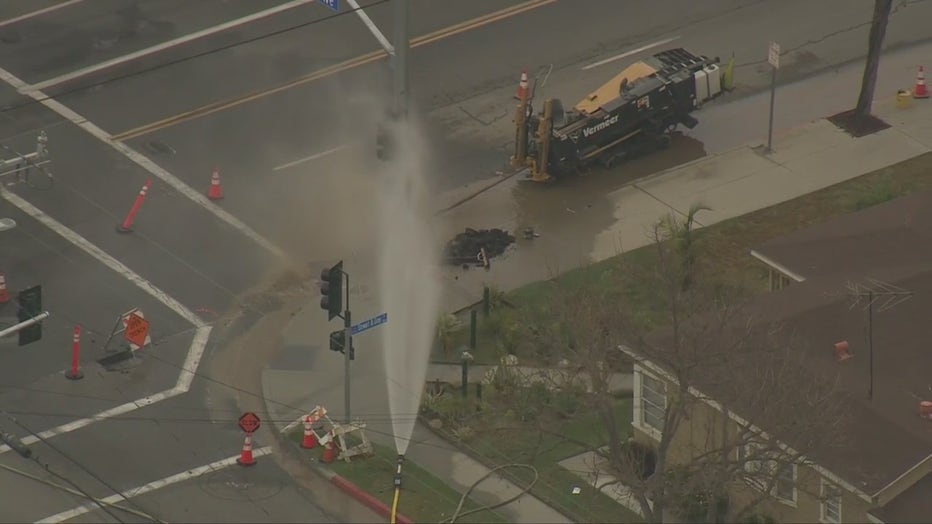 An alert warning of the gas leak was sent to all cell phones of Los Angeles County residents.

According to SoCal Gas, the alert system is new and the city of Downey accidentally sent the alert to the entire county when they meant to send it only to the immediate area. 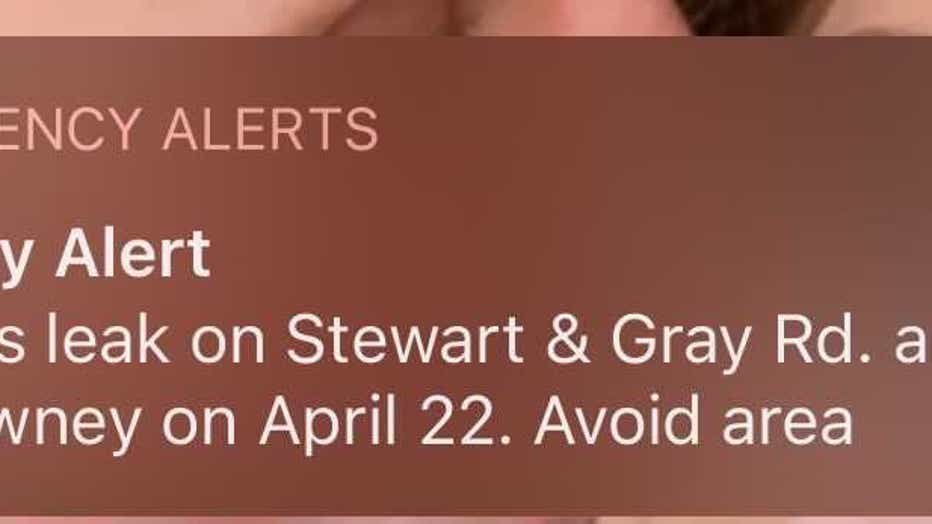 People were evacuated from about a 300-foot radius around the area where the leak was reported, and utility crews were sent to handle the problem, the Downey Fire Department reported.

Stewart and Gray Road was closed from Paramount Boulevard to Rives Avenue due to the leak, SoCalGas said. Utility crews stopped the flow of the natural gas around 3:05 a.m. Friday, and evacuations were lifted about 3:40 a.m., SoCalGas reported.

"Residents and businesses in the area may smell a natural gas odor while crews continue to make repairs,'' SoCalGas said in a statement. "SoCalGas reminds residents and business owners to call 811 before you dig in the garden or at a construction site. Calling 811 will avoid possible injury or damage to hidden utility lines.''