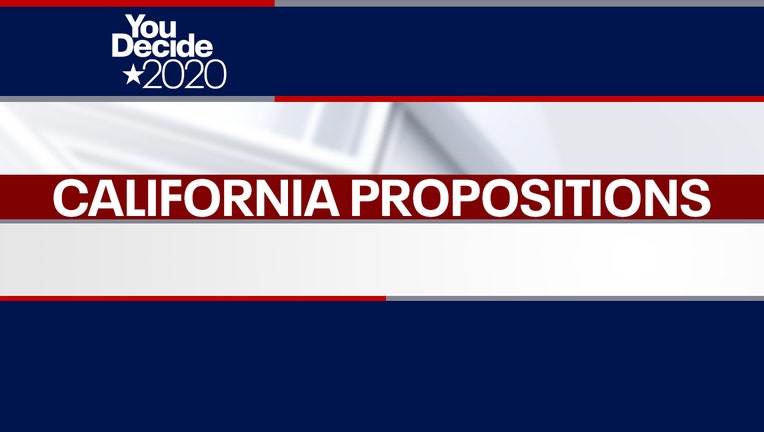 LOS ANGELES - Twelve statewide propositions appeared on the California ballot for the November 3 election and voters will decide what becomes law. Those measures cover an array of topics including stem cell research, primary voting for 17-year-olds, kidney dialysis clinics and data privacy rules.

Proposition 14 would allow California to sell $5.5 billion in general obligation bonds for continued stem cell and medical research. The measure builds on Prop 71 that was enacted by voters in 2004 to support stem cell research and authorized $3 billion in bonds. According to the League of Women Voters of California, almost all the funds from the sale of the bonds authorized by Prop 71 have been spent.

Proposition 18 would allow 17-year-olds to vote in primaries and special elections, provided they turn 18 by the November general election. At least 18 states and Washington, D.C., have adopted laws that let people younger than 18 vote in certain circumstances.

The Election Integrity Project California, the main opponent to Proposition 18, says that 17-year-olds are still considered children under the law and have no business deciding elections.

Proposition 23 was placed on the ballot by unions that represent health care workers and has attracted more than $110 million in political spending to persuade voters.

Opponents, financed by dialysis clinic companies, say that under that mandate, between two and three doctors would be required at every facility because most are open at least 16 hours a day, creating a financial burden that could lead some clinics to close.

Proposition 23 is the second attempt by the unions to increase regulation of dialysis clinics in California, where DaVita Inc. and Fresenius Medical Care — two of the country’s largest for-profit dialysis providers — operate about three-quarters of the state’s dialysis market.

Proposition 24 would update a 2018 law that gave Californians the right to know what information companies collect about them online, the right to get that data deleted and the right to opt out of the sale of their personal information.

The new measure would triple the fines for companies that violate kids’ privacy or break laws on the collection and sale of children’s private information. It would create a dedicated state agency to enforce the new law, with an annual budget of $10 million.

It also aims to close some loopholes that proponents say companies like Facebook, Google and Spotify have exploited.