IRVINE, Calif. (FOX 11) - The screeching sounds of tires are much like fingernails on a chalkboard. A dark green car is lurching back and forth, the engine revving, the driver hitting cars on either side.

Josh Schrader says, "Right away I thought it was road rage." That's until he saw the driver was an elderly lady. He shot cell phone video to document what he was seeing. The video shows George and Shirley Petrarca running over to help. Says Mr. Petrarca, "She was kinda calm…we were more upset than she was it seemed. She said the car was out of control." His wife adds, "I didn't know what to think. I was just hoping and praying nobody was going to get hurt."

Police say given the circumstances - they issued the driver a request for a priority re-evaluation by the DMV. The feeling they had…there could be a potential for other accidents in the future.

We took the video to the Auto Club of Southern California and showed it to Marie Montgomery who says sometimes elder drivers need to be re-evaluated. That can also be a self-evaluation. In this case, however, it'll be up to DMV to reevaluate the driver's abilities.

As for the witnesses, they'll likely never forget their shopping trip here. All say they were "scared", "shocked" and worried about others in the area. 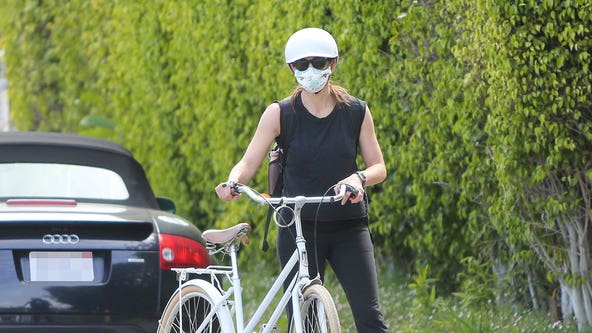