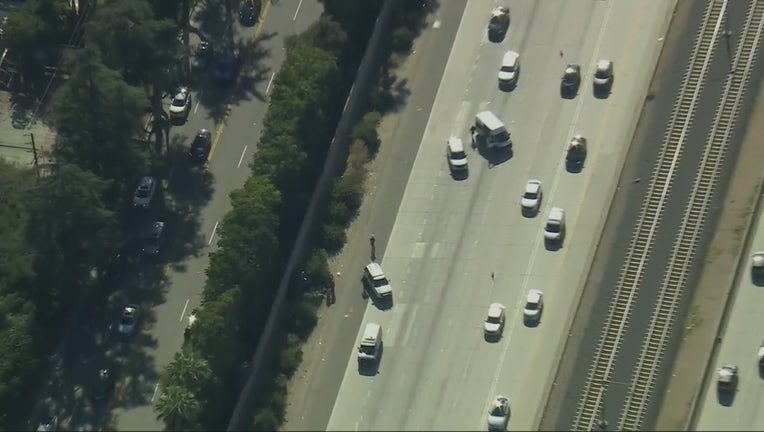 ARCADIA, Calif. - A woman was killed in a car-to-car shooting that led to a crash on the eastbound lanes of the 210 Freeway in Arcadia Saturday morning, officials said. Multiple lanes of the freeway were closed for hours while authorities conducted the investigation.

The California Highway Patrol said around 9:05 a.m., officers were called to a single-vehicle crash that occurred near the Baldwin Avenue exit. Shortly after arriving at the scene, they observed that the driver of a black Mercedes had suffered at least one gunshot wound and was pronounced dead at the scene.

The victim's name has not been released. However, authorities said she was a woman believed to be about 40 years old.

A SigAlert was in effect for hours at the Rosemead Ave. exit and traffic was diverted at Michilliada Ave.

No further information was immediately released and a description of the suspect was not available.

Anyone with any information is asked to call CHP Officer Carlos Martinez at 323-353-8381.