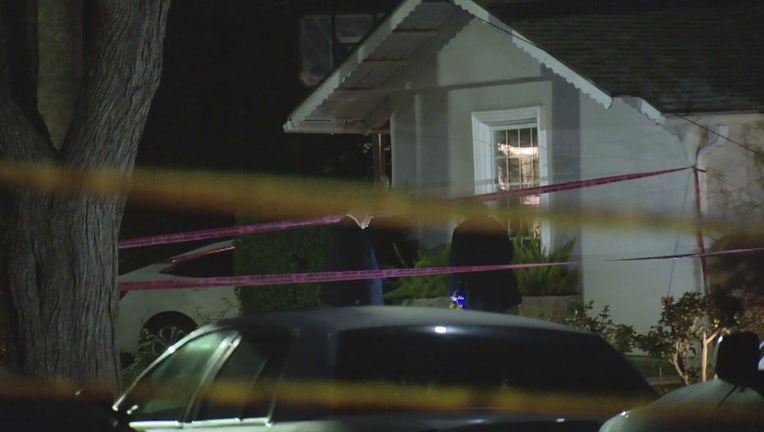 LOS ANGELES - A woman was killed and a man was hospitalized after gunshots rang out in a quiet Woodland Hills neighborhood early Thursday morning, police said.

Arriving first responders called to the scene found the couple, who each suffered at least one gunshot wound, in front of their home just before 1:05 a.m. in the 23100 block of Gainford Street, located near the intersection of Avenue San Luis and Mulholland Drive.

Despite lifesaving efforts, the woman was pronounced dead at the scene. The man who suffered at least one gunshot wound to his face was rushed to a local hospital. He is expected to survive, officials said.

Witnesses said they believe the couple was targeted for a reason that has not been disclosed.